A year since it was first raised by Nelson City Council, the proposal for a pride crossing has been revoked due to accessibility concerns; instead, city centre bike sheds will be decorated in support of the region’s LGBTQIA+ community. 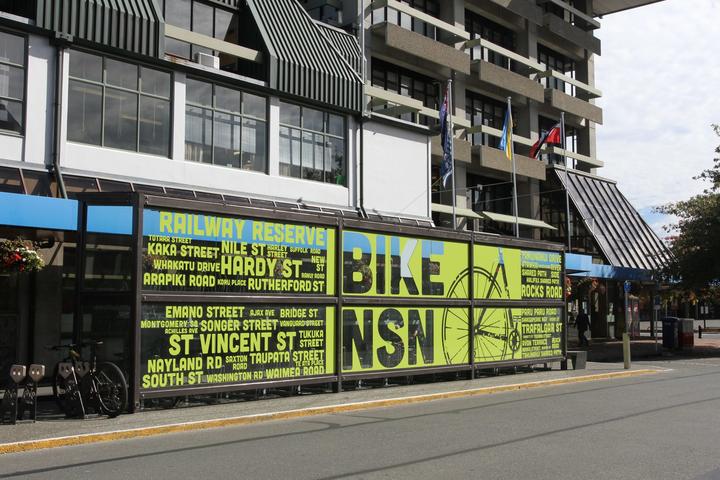 Nelson City Council has scrapped a planned pride crossing in the city in favour of decorated council bike stands outside Civic House and in Montgomery Square. Photo: LDR / Erin Bradnock

The pride crossing was proposed by councillor Rohan O’Neill-Stevens and supported by the council’s Infrastructure Committee in February 2021.

In a delayed report presented to the committee on Thursday, councillors were advised a pride crossing would not be suitable for the community’s blind and low vision community.

“It’s a safety concern, when we put our foot on a colour it disappears,” said Blind Citizens New Zealand Nelson and Blind Low Vision Foundation member Karen Wilson, during the meeting’s public forum.

Another option for two murals to be displayed on the Trafalgar Street and Montgomery Square bike stands was supported by Nelson Pride Inc representative Daniel Jackson.

“We want this to be something that is safe and inclusive for everyone,” he said.

Council’s Infrastructure Committee unanimously agreed to revoke the pride crossing proposal and to instead install separate artworks on the bike sheds at an estimated cost of $8000. No designs or timeline for the project have yet been confirmed by council.

Council’s group manager for infrastructure, Alec Louverdis, confirmed that $5000 of the budget would be covered by Nelson’s Youth Council, as was initially proposed for the crossing last February, with the remainder suggested to come from council’s roading budget.

He said a further $2000 initially raised via Givealittle for the pride crossing would need to be discussed with teenage community organiser Sophie Weenick to decide whether the funds would be returned or transferred to the bike shed project.

Louverdis was questioned by mayor Rachel Reese as to whether the proposed implementation of a pride crossing made in February 2021 was raised in accordance with the Local Government Act and council’s standing orders.

Following a short adjournment, Louverdis confirmed the proposal was in line with the act. He said the engagement selected had not been to the level he had undertaken in the report presented on Thursday.

Councillor O’Neill-Stevens apologised to the committee and admitted to a “fatal flaw” in his pride crossing proposal.

“In initially progressing this I made the fatal flaw in looking around the country at the pride crossings popping up and believing that the needs of blind and low vision citizens had been considered. Unfortunately, the reality is New Zealand remains ignorant and unengaged,” he said. 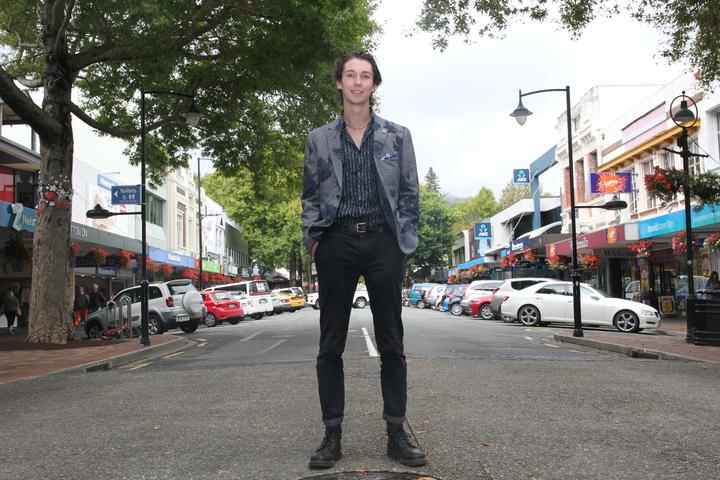 The proposal for a pride crossing in Nelson’s city centre was first raised by councillor Rohan O’Neill-Stevens in early 2021. Photo: Nelson Weekly

O’Neill-Stevens said while the new proposal “isn’t perfect”, he was “relieved” to have reached the conclusion of the decorated bike stands and thanked the low vision community for its input and council staff for their mahi.

“I want to especially thank rangatahi, the LGBTQIA+ community members who reached out to me over the past year – especially for those who it was the first time for acknowledging their sexuality to someone other than themselves,” he said.

O’Neill-Stevens said he was disappointed by the council’s response to the onslaught of homophobic commentary from the public that resulted from the pride crossing announcement last year, specifically council removing its press release.

“Acceptance requires more than passivity. In a community that still harbours homophobic views, passivity lets it flourish,” he said.

Mayor Reese agreed council could have handled the situation “better”, extending her apologies to the rainbow community who had been subject to harmful comments as a result of the announcement.

Deputy mayor Judene Edgar acknowledged there was more work to be done by Nelson City Council in terms of inclusivity.

“We know there are a lot of important issues for the rainbow community such as gender-inclusive toilets and safe spaces issues which are raised over and over again. We need to acknowledge these as priorities across the organisation,” she said.

'Such a lack of clarity': Tourism business owner wants review into $290 million fund