A new Chinese ambassador has arrived in Wellington today. 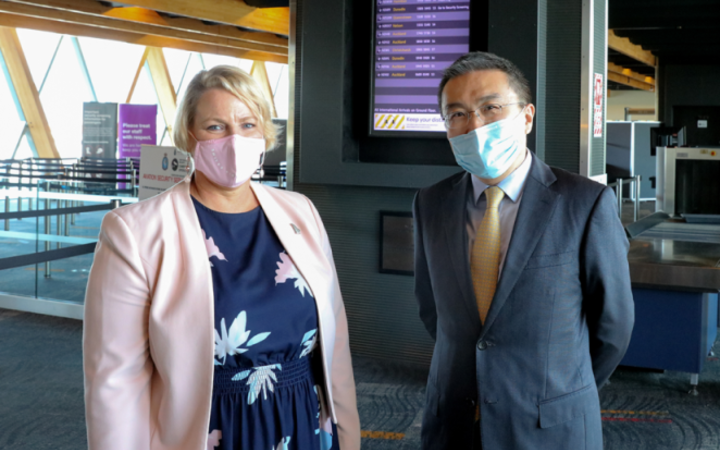 Wang Xiaolong has been appointed as the 14th ambassador of China to New Zealand after the previous ambassador Wu Xi left late last year.

In a statement, Wang said he was pleased and honoured to take up the role as the two countries prepare to mark the 50th anniversary of the establishment of their diplomatic ties.

He said China attaches great importance to China-New Zealand relations and would like to promote the healthy and stable development of their strategic partnership.

Wang pledges to achieve the goal through enhancing communications and deepening practical cooperation.

Read More
As coronavirus cases spike amidst a third wave of the pandemic in Australia, more and more workers are…
FFEATURED

Read More
A woman has died in a motorbike crash in the North Shore suburb of Albany in Auckland. Emergency…