A 100km ocean swim spread over 10 days is helping an Auckland woman come to terms with testing positive for the Huntington’s gene two years ago. 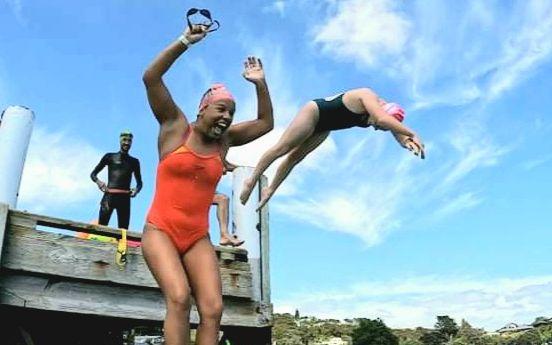 Ellie Williams has already racked up 80km over the last eight days and spoke to Morning Report from the beach at Devonport just before she setting off on the ninth leg.

She said her body was handling the demands of the swim marathon much better than she expected.

“I’m actually surprised that my body is doing OK. I had the first niggle of my shoulder yesterday but apart from that I’m feeling good.

“It’s more of a mental battle than a physical battle.”

She is doing the swim for an organisation that supports young people with Huntington’s disease.

She said she has met some inspirational people through swimming and getting to know a “great community” has made her want her push herself.

“I’m watching other people do these amazing swims like Taupō and Foveaux Strait. I wanted to come up with a cool idea on how I could do something similar.”

“I’m actually surprised that my body is doing OK”

Two years ago she tested positive for the Huntington’s gene and it had taken all that time to come to terms with it.

“This challenge was a way for me to accept it myself and tell people I have it without indirectly telling everyone so it’s been a great platform to do that as well.”

Williams began training back in August when she came up with the idea. At first she swam 2km or 3km a day with the highest weekly total of 33km.

She said the Covid-19 lockdown in Auckland stressed her because her local pool was closed and she was worried about completing enough training.

“But I think in hindsight it was actually great that I had to do all my training in the ocean because it made me get used to tougher conditions ‘cos we’ve had a few rough days over the last few days.

“It made me appreciate the ocean a lot more. I’m definitely an ocean girl now; the pool’s a bit boring now.”

Tomorrow her last swim will be from Okahu Bay to Ladies Bay and back probably finishing around 4pm. Anyone who wants to support Williams is welcome to join her in the ocean. 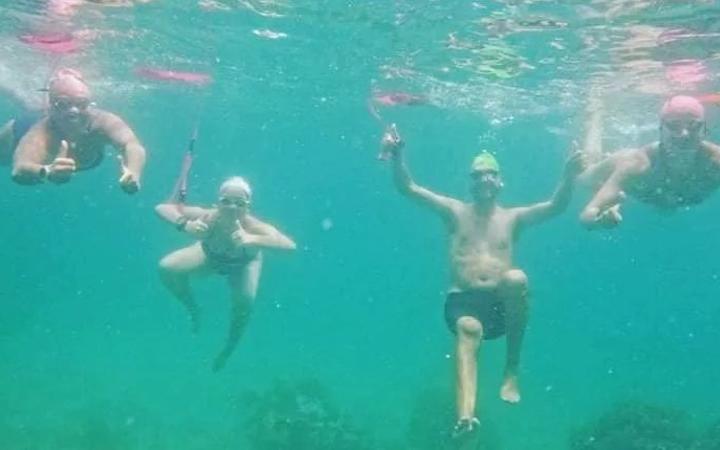 Read More
Auckland principals are hoping the government will make further changes to help their students get the NCEA qualification.…
FFEATURED

Read More
Despite years of efforts to clean up South Canterbury’s Wainono Lagoon, it has now been declared too toxic…
FFEATURED