Huge cranes are towering above the flat Manawatū countryside as construction of two hangars for new Air Force aircraft cruises at altitude. 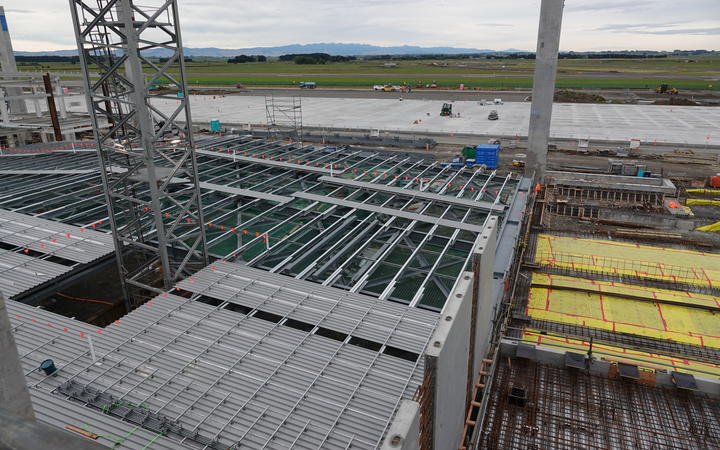 Roofs for the aircraft hangars are being built on the ground. Cranes will hoist them into place. Photo: RNZ / Jimmy Ellingham

The $250 million construction programme at the Ōhakea Air Force base, which began in late 2020, is on track to be finished later next year.

Te Whare Toroa will house the air force’s fleet of four Boeing P-8A Poseidons. They cost about $2.3 billion and are being built in the United States.

The fleet replaces the 57-year-old P-3K2 Orions, and will be used for maritime patrols and overseas deployments, flying from Manawatū.

The Air Force’s 5 Squadron, of about 250 personnel, will relocate to Ōhakea from Whenuapai in Auckland.

“This is a big build. It’s about 180 metres long, 80m wide and 26m high, and we’re coming on to the part where we’re just putting up some glass panels, so it’s really making it look like a proper building,” she said.

“This will be two hangars. [It will have] a mission support and operations centre. It will have maintenance facilities, a sophisticated training wing, including a full flight simulator, and it will be the new home of 5 Squadron when they come down from Auckland.”

The hangars were expected to be completed by the end of this year.

Minson said it would take another nine or 10 months for a fit out to specific Defence Force requirements.

“This is a significant boost to the local economy. We have around 250 people working on-site at any one time. They come from more than 25 contractors, and a lot of those people and companies are local.” 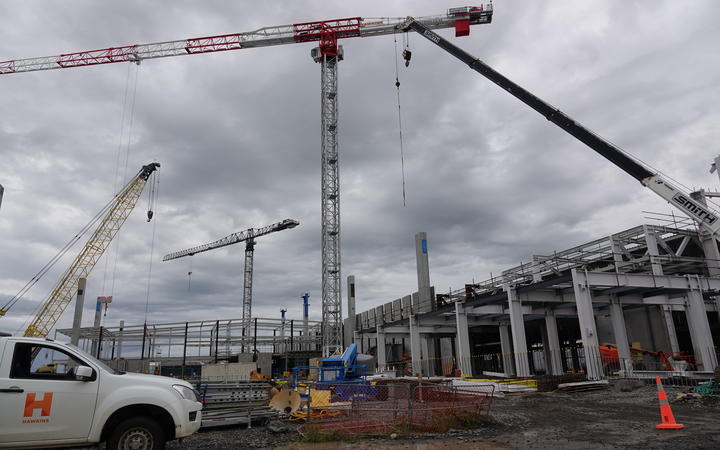 The $250m project is expected to be finished later next year. Photo: RNZ / Jimmy Ellingham

An example of that was the glass panels that had started to be placed on the exterior of the hangars. The panels were manufactured in Levin, and about 600 of them would go up over the coming months.

Construction of the hangar roofs was taking place on the ground.

“That’s predominantly for health and safety reasons,” Minson said. “We’re reducing the amount of working at height. It also makes it faster to build.”

The roofs would be lifted in place.

“This is the biggest piece of infrastructure that the New Zealand Defence Force has. It’s a significant investment for defence and our maritime surveillance capability.”

Members of 5 Squadron will relocate in stages and will bolster the workforce at Ōhakea from about 1000 to more than 1200.

Some of the squadron were training in the United States and Australia, getting up to speed with the new aircraft.

The first one is expected in New Zealand in December. 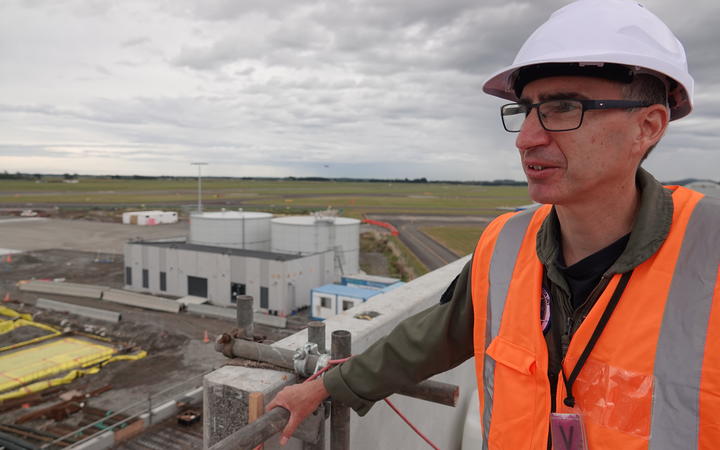 Ōhakea air base was built in the late 1930s, but its lengthy runway does not require extensions to accommodate the Poseidons.

“The aircraft is basically what we call a maritime patrol aircraft,” said Wing Commander Mark Whiteside, the commanding officer of the Air Force’s Poseidon transition unit.

“So for New Zealand’s purposes, that means we have an aircraft capability for maritime surveillance. [For] a nation like New Zealand, that’s important to us.

“We have a large maritime area of interest, the fourth-biggest exclusive economic zone in the world, one of the largest search and rescue zones and, of course, an interest in the Pacific and the Southern Ocean.”

The new fleet would require less maintenance than the Orions, he said.

“Essentially we’re getting a brand new air frame, which is the first bonus. It will last another 30 years’ lifetime, minimum, whereas the [Orions] were taking a lot of man hours to keep them in the air.”

Manawatū District mayor Helen Worboys said the Ōhakea expansion was a boon for the local economy.

Defence was the second-largest industry in the district, behind primary food production.

“The people that work there, they integrate really well into our communities. We see them on school boards and community committees and at sports grounds etc, so we’re pretty excited about what it brings to our region.”

The purchase of the Poseidon aircraft was announced by the Labour-NZ First coalition government in 2018.

Read More
Marsh peered up at the canopy of eucalyptus leaves, hoping to catch a glimpse of the animal she…
FFEATURED
A 75,000-member Facebook group has been disbanded after a complaint about posts, comments and admins’ moderation of the…
FFEATURED