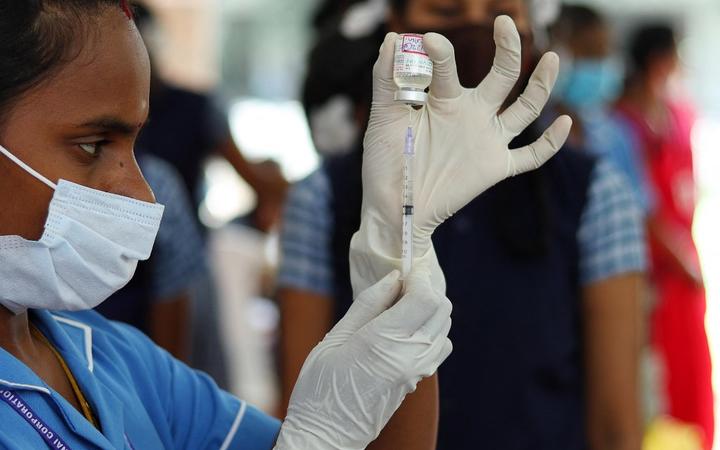 A health worker loads a dose of the Covid-19 coronavirus vaccine during a vaccination camp at a school in Chennai, India. Photo: AFP

Deaths have not yet risen at the same pace, bringing hope the variant is less lethal.

Some countries are hopeful the reduced severity of the new coronavirus strain could ease pressure on hospitals.

Others, including the United States, are growing increasingly worried that skyrocketing case numbers will put additional pressure not only on the health system but on all sectors of society.

Michael Weber, the president of Germany’s senior hospital doctors association, said the Omicron variant could ease pressure on the German health system if it turned out to produce milder illness, even though infections were rising.

“There is a realistic probability that the pandemic will also become endemic in this country,” Dr Weber told the Welt am Sonntag newspaper.

Germany’s Health Minister, Karl Lauterbach, has also expressed optimism that Omicron seems to be less dangerous than previous variants, but he noted it still posed a risk to older people who were not vaccinated.

As Omicron spreads in Germany, daily infections have been rising again in recent days after falling steadily in December, and the number of beds occupied in intensive care wards has also ticked up.

“The viral load of those infected with Omicron is lower, which is why masks are more effective. Everyone should wear masks when meeting other people,” he said. 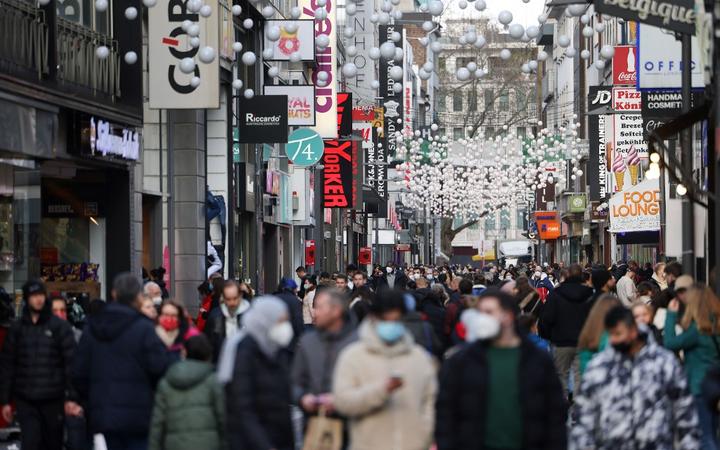 Riot police with batons and shields broke up a crowd of several thousand who had gathered in Amsterdam on Sunday to protest against new Covid-19 lockdown measures and vaccinations.

Public gatherings of more than two people are prohibited under restrictions imposed by the Netherlands in an effort to prevent the Omicron variant overwhelming an already strained healthcare system.

At least 30 people were detained after scuffles, during which four officers were injured, police said in a statement.

Amsterdam mayor Femke Halsema had issued an emergency ordinance empowering police to clear the central Museum Square after the protesters defied a ban on public gatherings.

The protesters, who mostly did not wear masks or abide by social distancing rules, ignored an order not to hold a march and walked along a main thoroughfare, playing music and holding yellow umbrellas in a sign of opposition to government measures.

The Netherlands went into a sudden lockdown on 19 December, with the government ordering the closure of all but essential stores, as well as restaurants, hairdressers, gyms, museums and other public places until at least 14 January.

Almost ‘vertical increase’ in cases in US

Top US infectious diseases expert Anthony Fauci has urged Americans not to be complacent about Covid-19, despite the research indicating the Omicron variant is less severe than Delta. 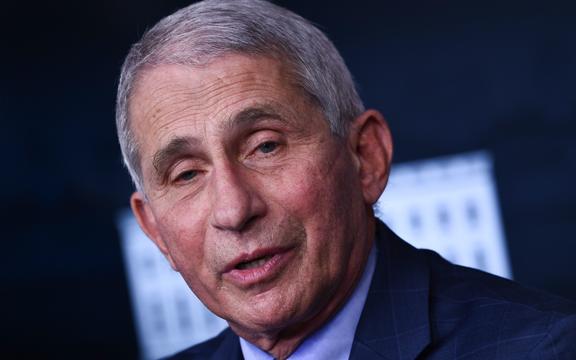 While there was “accumulating evidence” Omicron might lead to less severe disease, he cautioned that the data remained provisional.

Dr Fauci said the US had been seeing almost a “vertical increase” of new cases, now averaging 400,000 cases a day, with hospitalisations also up.

“The acceleration of cases that we’ve seen is unprecedented, gone well beyond anything we’ve seen before,” he said.

“The only difficulty is that if you have so many cases, even if the rate of hospitalisation is lower with Omicron than it is with Delta, there is still the danger that you will have a surging of hospitalisations that might stress the healthcare system,” he said.

Dr Fauci said he was concerned the Omicron variant was also causing a “major disruption” on other essential services.

“When I say major disruption, you’re certainly going to see stresses on the system and the system being people with any kind of jobs … particularly with critical jobs to keep society functioning normally.

“We already know that there are reports from fire departments, from police departments in different cities that 10, 20, 25 and sometimes 30 percent of the people are ill.

“And that’s something that we need to be concerned about because we want to make sure that we don’t have such an impact on society that there really is a disruption. I hope that doesn’t happen.”

Dr Fauci said he worried in particular about the tens of millions of unvaccinated Americans because “a fair number of them will get severe disease”.

He urged Americans who have not yet gotten vaccinated and boosted to do so and to mask up indoors to protect themselves and blunt the current surge of US cases.

He said that following criticism of the decision to halve the isolation time for people who tested positive from 10 to five days, top federal health officials were looking to add a negative test along with its five-day isolation restrictions for asymptomatic Americans.

Infections in India increased sharply, rising for a fifth consecutive day on Sunday, but the chief minister of the capital, New Delhi, said there was no need to panic, citing low hospitalisation rates.

The country’s largest cities, including Delhi and the financial capital Mumbai, are all recording growing numbers of Covid-19 cases, including Omicron.

Although the number of active cases in Delhi has tripled in just the last three days, chief minister Arvind Kejriwal said hospitalisations had not gone up.

“This means that most people who are coming down with [Covid-19] are not requiring hospital care. They are mild cases,” Kejriwal said in an online briefing.

“Cases are going up but there is no reason to worry. There is no need to panic,” he said.

Delhi was among the hardest-hit cities during the second wave of the pandemic in India last year.

India is set to launch a vaccination drive for children in the age group of 15 to 18 years this week and state governments were gearing up to administer doses at schools, hospitals and through special camps. 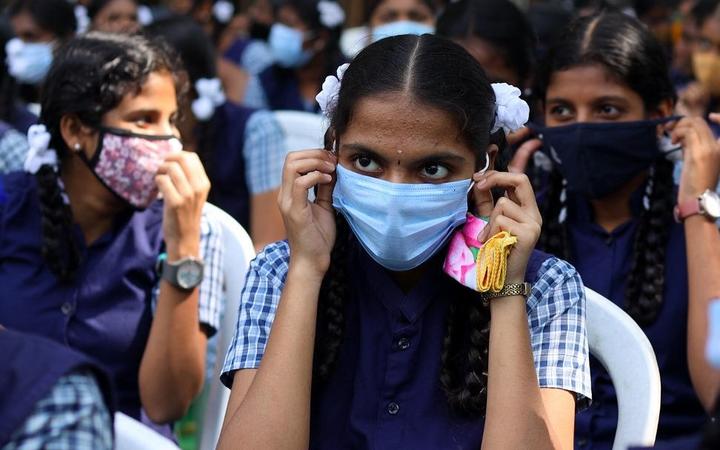 A schoolgirl awaits her vaccination in Chennai, India. Photo: AFP

The UK government has been making contingency plans in case hospitals, schools and other workplaces are hit by major staff shortages amid the country’s record-breaking spike in coronavirus infections.

Public sector workplaces have been preparing for staff absences ranging from 10 percent to 25 percent as Covid-19 makes more people ill or forces them to isolate, the Cabinet Office said.

The highly transmissible variant has caused Britain’s daily new caseload to soar over Christmas and the New Year, with a new daily high of 189,000 on 31 December.

About 1 in 25 people in England – or about 2 million people – had Covid-19 in the week before Christmas, the Office of National Statistics estimated. In London, the figure was one in 15.

Cabinet Office Minister Stephen Barclay said there had already been “significant” absences and the government was preparing for “every eventuality”.

Ministers have cited increased support for more virus testing, better ventilation in schools and workplaces, and drafting former teachers or even volunteers to prevent absences from having a serious impact on schools.

Devolved authorities in Scotland, Wales and Northern Ireland have imposed limits on events and social gatherings in the face of the fast-spreading Omicron.

But Health Secretary Sajid Javid has said adding new restrictions was a “last resort” for England, despite the climbing daily infection rate.

Firefighters wary of changing winds as Kaimaumau blaze burns on

Read More
Māori, Pasifika and lower socioeconomic communities like South Auckland should be prioritised in the Covid-19 vaccination roll-out for…
CCovid-19