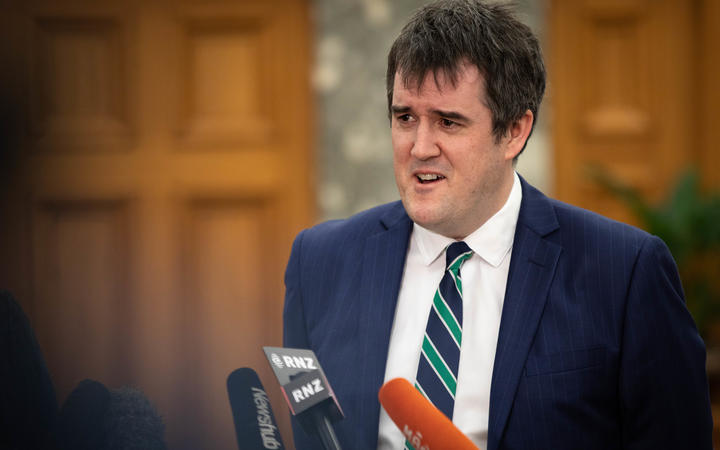 MPs have been called back to Parliament this morning to continue an urgent debate over legislation paving the way for the framework which will replace alert levels from 3 December.

The bill passed its first two readings under urgency last night and Labour hopes to finish all stages by the end of the day, skipping the lengthy select committee process.

Speaking in Parliament on last night, National’s Covid-19 Response spokesperson Chris Bishop said the legislation had been “thrown together hastily” and then dropped with little analysis and no time for public scrutiny.

Bishop said Labour had pushed ahead with a “repugnant process” instead of trying to get its critics on side.

“The people who are opposed to vaccine passports, their views will be entrenched and solidified by the very quick passage of this bill,” he said.

“They opened up traffic light systems knowing Māori are still stuck at the roadworks,” Ngarewa-Packer said.

“Shame on you, Labour, for undermining the democratic and tino rangatiratanga process of tangata whenua in this way.”

ACT leader David Seymour said Labour had spent “too much time doing victory laps” instead of getting prepared to pass laws in a proper and democratic way.

“We need free societies and democratic societies to work through the challenge of facing down a pandemic, and we need them to do it better than totalitarian societies and right now, it’s not obvious that we are.”

Speaking before the debate, Covid-19 Response Minister Chris Hipkins said the legislation had been prepared “as quickly as possible”.

“It’s quite a technical piece of legislation and so that takes some time.”

Victoria University law professor Geoff McLay told RNZ that explanation did not make much sense as the drafting was “not rocket science”.

“There is a bit of a mystery for me in terms of why this bill was kept so secret up until now. I cannot understand why the government wasn’t able to release this last week or the week before.”

McLay said it was vital for democracy that the public had a chance to give feedback on such critical legislation.

Read More
There have been 144 new community cases of Covid-19 reported in New Zealand today, with one further death…
CCovid-19

Read More
The Omicron coronavirus variant spread in Australia on Saturday, testing plans to reopen the economy as a cluster…