The new chair of Waikato Regional Council says the former chairperson lost both trust and confidence of his councillors before being voted out on Monday. 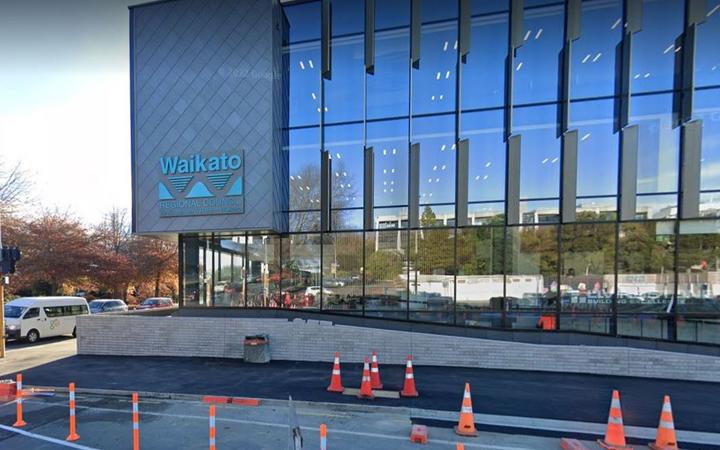 Meanwhile, former chairperson Russ Rimmington said he was not racist, despite comments that Three Waters reforms would cause farmers to be at the “beck and call” of Māori, because he lived in the Cook Islands for 17 years.

Rimmington was ousted by eight votes to six in an extraordinary council meeting yesterday. Once out, he moved a motion for Barry Quayle to replace him in the role which councillors voted for.

However, Rimmington said he was considering a judicial review of the vote.

“There was a complaint in regard to predetermination that he was made aware of. That councillor, [Fred] Lichtwark decided to still vote. I was only one vote short of not losing the chair so I am considering a judicial review which I think will be upheld.

“His voting was right against the legal advice that was given to him by leading constitutional and administrative lawyer Mai Chen.”

In December, Rimmington was made to apologise to local iwi after the comments shared about Three Waters at an online forum hosted by Local Government New Zealand.

“My concerns which I stated was in regard to often having difficulty getting a quorum.

“Our co-governance with the river iwi has been very successful. But my criticism was it was often difficult to get a quorum and the comments that I made were considered racist and inflammatory.”

Rimmington said he again did an interview this year where he expressed the same view.

He said he regretted it as he had dealt with the issue in December, “fairly and hardly” with council, including having to do Treaty of Waitangi workshops.

“I think I could have phrased them a lot better. I think what I said was factual from my experience but I certainly could’ve put it in a not so clumsy way.”

Asked if he believed the comments were racist, he said, “not in the slightest”.

“I find that offensive. I lived in the Cook Islands for 17 years … the last thing I am is a racist, quite the opposite.

“I’m not a racist and my lifetime of experience shows I’m not. Thirty years in local government, I’ve done some of the best work I think that any council has done.”

New chairperson Barry Quayle said on the ousting that Rimmington had not reflected council codes for a number of months.

“A regional council chair has to have the trust and confidence of the councillors. Russ had lost that and accordingly the vote was carried in that manner.

“It wasn’t just a one-off issue and it shouldn’t just be cast as a Three Waters matter.”

There were a number of public speaking matters where Rimmington did not reflect council views – such as on co-governance, he said.

“We have been exemplar on co-governance for more than six years and that’s been working very well but that wasn’t being reflected in his comments.

“It should be cast as a range of views that Russ should have been presenting rather than his own personal views.”

Quayle would not go as far to say Rimmington was racist when questioned.

“We had talked to Russ in December and even prior to that about how he was presenting council views.

“It’s more about how co-governance was presented.”

Quayle said there was a majority that believed Rimmington was out of step with his comments.

On the topic of his new-found leadership, Quayle said it was important to have the backing of all councillors, as he had.

“The top thing for me is now to ensure council is cohesive.

“As we all know we are facing some big issues for local government and the environment and so on so it’s very important we get the right messaging out there so both government and our ratepayers are aware of what council is doing.”

Government expected to give green light for congestion charges in Auckland

Couple fear for safety if names made public

Read More
Engines are revving and bar tills ringing in Palmerston North for the city’s biggest weekend of the year.…
FFEATURED

Read More
A spate of ram raids, burglaries and robberies is taking its toll on jewellery store owners in Auckland.…