New research shows the pandemic has hit Pacific students harder than others, but many schools are successfully addressing the problem, an educational leader says. 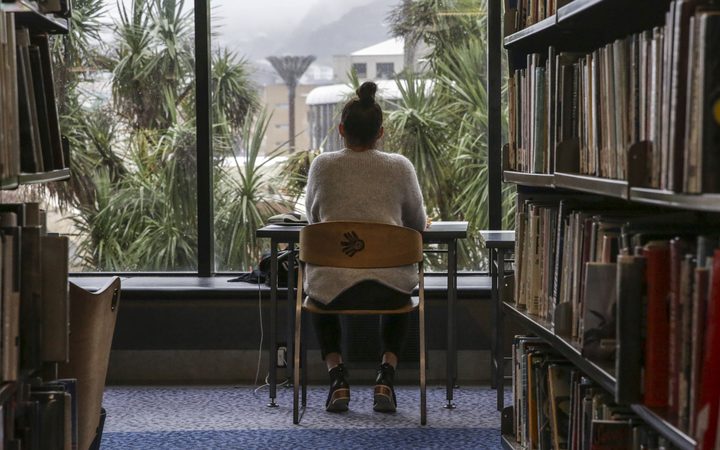 Students are anxious they are too far behind in academic study after the Covid-19 period. Photo: RNZ / Richard Tindiller

The Education Review Office (ERO) said two thirds live in Auckland, where schools have been closed more than three times longer than the rest of the country.

Pacific students have also faced greater barriers to learning because they’re less likely to have access to the internet or a computer at home.

ERO chief executive, Nicholas Pole, said there is a risk Covid-19 will have long-term effects on their education.

He said there was already evidence they were dropping out of school at a greater rate than other groups. At the end of November attendance was only 47 percent and achievement also fell over the year.

But the ERO study also found Pacific students loved learning and teachers had been doing an excellent job but through a tough Covid-19 period.

“Some of these kids coming back to school are really concerned that they are so far behind and schools have go to acknowledge that.” – ERO chief executive, Nicholas Pole duration 4′ :02″
from Morning Report
Add to playlistPlaylist
Download

“Some of these kids coming back to school are really concerned that they are so far behind and schools have go to acknowledge that.” – ERO chief executive, Nicholas Pole

Many schools were seeing innovative approaches to compensate for this being successful. Pole’s organisation was keeping a close eye on what was working.

Getting the basics right was an essential starting point.

“Our first message is, so that you’re maximising the time on learning and the time at school, first and foremost there’s got to be a real push on getting attendance and engagement back in learning up,” he said.

“Schools need to understand where their learners are at and where they’re behind and tailor their programs to that to address the gaps in that learning. We’ve seen some schools absolutely go to strength to strength and achieve rates at the end of last year in CEA were above those of the previous two years.

“We’re looking at what those schools have been doing. They’re tailoring their programs around the needs of their kids, including flexible timetables. They’re providing after-school tuition at the weekends and really doing everything they can to boast outcomes.”

Pole said students also felt Covid-19 had made them anxious and it had been overwhelming moving in and out of lockdowns.

“Some of these kids coming back to school are really concerned that they are so far behind and schools have go to acknowledge that,” he said.

Some schools had made a point of allowing students to ease into their day, allowing space to reflect and take in their situation.

He said making schools interesting places to be and making it fun and allowing kids to experience a sense of achievement helped bring academic engagement.

Families needed to do their bit too, which had been the case during lockdown, he added.

'Burnout is a real thing down here': Locals pitch in to keep Queenstown businesses open

Read More
By Suzanne Wilkinson*, Monty Sutrisna*, Regan Potangaroa* and Rod Cameron* of The pandemic has had a considerable impact…
FFEATURED

Read More
The rain pattered lightly on the harbour of the Belgian port city of Ghent when, on 21 June…
FFEATURED