The family of a man who died days after he was injured when he fell two storeys out a Palmerston North Hospital window are holding the hospital responsible for his death. 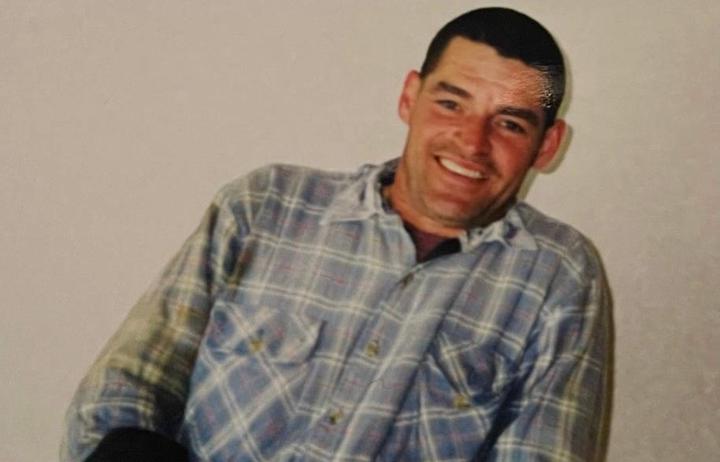 They say it was negligent in its care of Paul Rowe and in the subsequent search for him. The 58-year-old lay injured and cold on a balcony for about two-and-a-half hours before he was found.

Rowe died on 14 June, six days later. His death is the focus of a coronial inquiry.

An interim note from Coroner Katherine Greig said the cause of death was likely “septic complications from multiple blunt traumatic injuries and subject of coroner’s findings”.

The hospital considers the death a suspected suicide, although Rowe family spokesperson – his sister Lisa Stevenson – questions that finding.

Rowe’s death is one of at least six of mental health patients at the hospital since 2014, when two died in suspected suicides on the mental health ward.

The family question why Rowe was not “sectioned” under compulsory treatment laws when he arrived at the hospital, why he was not under constant watch, why there was no mental health assessment of him, and why it took so long to find him when there was evidence he left the ward through the window.

Rowe was admitted on 6 June last year with a serious self-inflicted wound.

He was initially seen at the hospital’s emergency department, where no mental health or suicide risk assessment was undertaken.

A draft MidCentral DHB serious adverse event review report later said this appeared to be because of his injuries and the physical assessment happening.

Rowe was taken to the intensive care unit awaiting surgical repair of his wound and because he was identified as high-risk, so required one-to-one nursing care.

After surgery, he was transferred to the hospital ward from which he escaped, ward 27, and downgraded to level 2 observation, meaning staff would check on him every 15 minutes. He denied having ongoing thoughts of self-harm.

His family want to know who made the decision to downgrade his care, given the mental health team was not involved, and on what basis.

The draft DHB report said a one-on-one session with Rowe would likely have prevented the incident.

When staff checked on Rowe at 2am on 8 June, 10 minutes after he was last seen, he was gone.

When staff could not find him on the ward, they noted his open window and looked out, but could not see him, and thought it was unlikely he had been able to squeeze out.

Security was informed at 2.15am. It was advised Rowe needed to be found urgently, because of the risk of self-harm.

About 2.30am, security staff talked to a man matching Rowe’s description in front of the hospital smoking. He was asked to return to ward 27, but it was not Rowe – an error not noticed for half an hour.

Rowe’s family wonder how this happened, if security staff asked for the man’s identification, and why they did not accompany him back to the ward if they were told Rowe was at risk.

Police were called at 3.20am and, about 25 minutes later, watched CCTV footage of the ward’s entrances, where nothing of Rowe was seen.

His family want to know why security did not watch this initially and why it was later recorded over.

About two-and-a-half hours after he was last seen, Rowe was found on a balcony two floors below.

The draft MidCentral report said a “tall and slender” police officer only managed to spot Rowe, who was two storeys (six metres) below, after manoeuvring his head and upper body out the fourth-floor window and looking beyond a ledge.

Rowe was unconscious and had suffered several fractures and internal bleeding to his skull. He required help to breathe and was hypothermic. The MidCentral report said it was 10degC that night.

He was transferred to Wellington Hospital, where he died of his injuries.

Stevenson said she did not understand why the balcony area was not searched immediately, given the chain that was meant to restrict the opening of the window next to his bed was broken, suggesting he had left from there.

The family also wonders if a re-enactment of Rowe’s movements had happened to try to make clearer the circumstances, considering the noise and force required to break the chain, or if it was broken earlier.

The DHB’s draft report noted staff checked the ward and surrounding areas, but not the balcony where Rowe was lying, because “this is not accessible to patients after hours”.

“It is the view of the analyst team that it was not unreasonable to think that no-one could have got out of the window given its width when fully open,” the report said.

“It is also the opinion of the analyst team that all reasonable steps were taken to see if Paul had left the ward via the window. Compounding factors contributed to staff not having an unobstructed view.”

There was no lighting on or CCTV footage of the balcony.

Stevenson said none of that explained why the balcony was not searched, adding that assumptions should not be made, and all searches should be thorough.

The time Rowe spent lying injured and undetected, between 2am and 4.15am, was crucial to his chances of survival, Stevenson said.

“This is a complete systemic and procedural failing of the Palmerston North Hospital, which directly resulted in the unnecessary death of our beloved brother, father and poppy, Paul,” Stevenson said.

“The delay in locating Paul was substantial and completely avoidable.”

The draft MidCentral report said clinical notes from Rowe’s hospital stay were comprehensive and thorough. However, Stevenson said many notes were written in retrospect and did not have dates and times of when incidents happened.

When Rowe arrived at hospital the mental health and addiction acute care-consult liaison team was advised. The MidCentral report said there were “conflicting accounts” about what was discussed with emergency department staff and how soon they wanted Rowe assessed.

The report said Rowe should have been assessed regardless of where he was or his medical status. If an assessment was not possible, looking at him and talking with clinical staff caring for him was a “minimum requirement”.

There were no procedures or processes to guide the acute care-consult liaison team about following up with patients.

The report noted concerns Rowe was not given one-on-one care in ward 27, where he was no longer under constant watch. Staff said he was compliant and denied thoughts of self-harm, so checks every 15 minutes were appropriate.

Stevenson did not agree and doubted the effectiveness of asking if someone had such thoughts. She noted the MidCentral report said: “It is also unfortunate that a specialist mental health assessment did not occur, as this may have been addressed at the time.”

The report was also clear about the need to improve communication between hospital staff and security.

“Clearer communication needs to occur when patients abscond from wards with security, who are then responsible to look for the patient.”

But Rowe’s family cannot understand how the report concluded the search for him was not inappropriate or incomplete.

The report identified no mistakes or failures that, if corrected, could have prevented the incident or reduced its severity, and nothing that could be fixed to prevent further incidents.

However, several “opportunities for improvement” were identified in the report, including security reviewing its procedures and a better process to give security and police information.

The health board responds

RNZ asked MidCentral for an interview.

A statement from a spokesperson said the board was in regular contact with Rowe’s family, had given them a copy of the draft report into his care and invited them to comment.

“[MidCentral] is working with whānau to receive their feedback prior to finalising the report and recommendations.”

Rowe’s family will receive a copy of the report when it is finalised.

MidCentral said it was unable to discuss details about the circumstances until the coronial findings were made public.

Deputy chief coroner Anna Tutton granted RNZ permission to report the circumstances of Rowe’s death, citing public interest reasons. The law says permission must be sought when a death has been or could be ruled a suicide.

Rowe’s family gave consent to turn off his life support on 14 June in Wellington Hospital.

His family describe him as a “58-year-old widower, father, brother and Poppy Paul [who] was a beloved family member and leaves behind four children, Alex, Clinton, Haymie and Stephanie, two beautiful granddaughters, who lovingly called him Poppy Paul, a sister, Lisa, and a brother, Geoff”.

“Paul was a loving, protective and caring family member, and every day we miss Paul and know that his death was far too soon and completely avoidable, [because of] the negligence in care provided by Palmerston North Hospital.”

The family said they were angry and frustrated with the draft MidCentral report and the lack of responsibility the health board had taken for the death of their beloved whānau member.

They said they did not want any other family to experience what they had been through and wanted urgent changes to ensure there was no repeat.

“According to MidCentral, the specialists, Paul was compliant and not fraught with suicidal ideations, in other words, safe, or at least safe enough for level 2 observations,” Stevenson said.

She wonders why the hospital classed Rowe’s death as a suspected suicide when staff had earlier thought he was not suicidal and not in need of constant monitoring, and, along with the rest of the family, was still wondering how it took so long to find Rowe.

They await the coronial findings.

Read More
Two new cases of Covid-19 in Wellington have been confirmed today, with a possible link to a drum…