Prime Minister Jacinda Ardern is refusing to comment on claims her fiancé tried to get rapid antigen tests (RATs) for his musician friends despite them not being eligible. 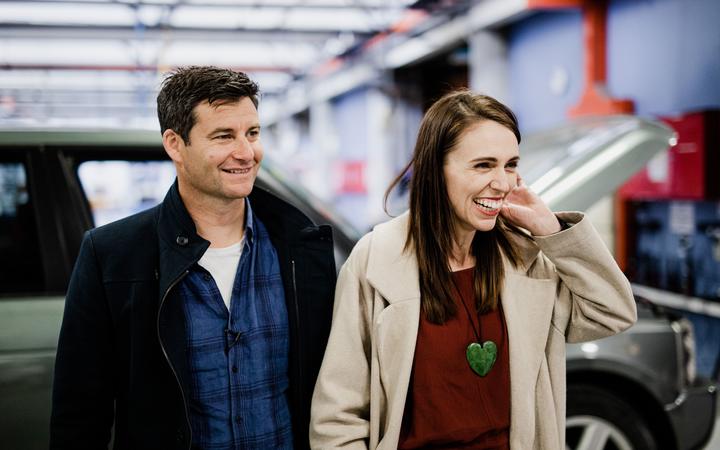 Jacinda Ardern is not commenting on a report that Clarke Gayford tried to put pressure on a chemist to provide rapid antigen tests to some musicians. Photo: RNZ / Dom Thomas

Clarke Gayford has since apologised for “any issues or confusion” caused by the incident.

In a post on a private Facebook group, Tauranga pharmacist Michael Taylor said a group of vaccinated musicians had come into the store and requested RATs after having been potentially exposed to Covid-19.

Taylor said he explained the Ministry of Health rules required them to instead get a laboratory-based PCR test.

“As they didn’t like this they got Clarke Gayford on the phone who proceeded to tell me that there had been a change in guidance and these people should be given RAT tests,” the post said.

“When I explained that we had not received any direction from the MoH he was very unimpressed.”

Gayford did not respond to RNZ’s interview requests, but his manager issued a brief statement: “Mr Gayford was rung by a friend about rapid antigen testing and was put on speakerphone while the person was in a pharmacy.

“He apologises for any issues or confusion this may have caused the pharmacy staff.”

A spokesperson for the prime minister declined to comment, instead referring RNZ to the statement issued on behalf of Gayford.

“I’d never hold a politician responsible for their partner, but I hope the prime minister will lift the crazy restrictions on rapid antigen tests that her fiancé was trying to fight against.”