Porirua City Council has committed $17.9 million to reduce the risk of flooding in Karehana, Plimmerton. 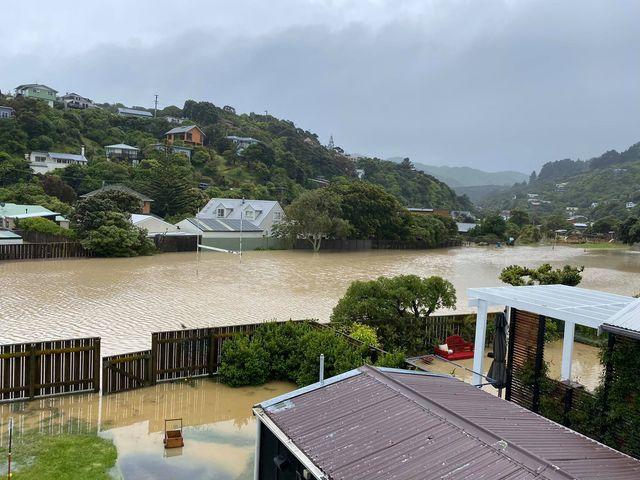 The project will include a pump station, stream upgrades above Firth Road, hydraulic improvements, pipe network diversion down Cluny Road, and inlet protection and debris nets in the scenic reserve. It will now move into the detailed design phase.

However, the council recognises even this level of investment won’t stop flooding in the catchment fully.

A significant downpour in November last year saw more than 50 homes flooded, some for the second or third time in five years. Following the flooding, the council launched a catchment-wide investigation to develop options to reduce the flooding risk.

Porirua Mayor Anita Baker said while the Karehana catchment was assessed as the most flood-prone location in the city, there were other areas that needed addressing.

“The city-wide retreat policy now being worked on will be considered early next year and will be designed to prioritise the homes most in need.”

The policy will target houses where there is a threat to health or safety, or frequent internal flooding.

Investigations are also ongoing into other flooding hotspots, including in Hongoeka, Maereroa School, and Kenepuru Drive.

Read More
A salvage team have been at work all day in the Picton Harbour to retreive the locomotive that…
FFEATURED
Review Dennis Vaughan’s one-man opera, based on Edgar Allan Poe’s macabre tale, is powerfully performed in this State…