By James Davey for Reuters

Britain reported a record number of new Covid-19 cases on Thursday as the Omicron variant sweeps across the country, with the daily tally reaching 119,789 from 106,122 a day earlier. 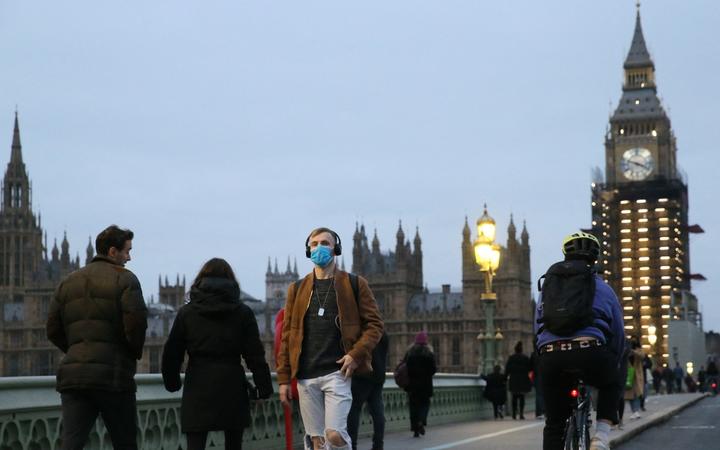 Many industries and transport networks are struggling with staff shortages as sick workers self-isolate, while hospitals in Britain have warned of the risk of an impact on patient safety.

Omicron’s rapid advance has driven a surge in cases in Britain over the last seven days, with the total rising by 678,165, government data showed.

As the Conservative government of Prime Minister Boris Johnson struggles to limit the economic impact of the latest Covid-19 outbreak it said on Wednesday it was reducing the legal self-isolation period in England to seven days from 10.

This change, which is aimed at getting people back to work sooner, applies to people who have been legally required to self-isolate due to a positive Covid-19 test who then get a negative lateral flow test result for two days in a row, after completing seven full days of isolation.

Johnson, who has staked considerable political capital on the Christmas of 2021 being “considerably better” than the previous year, on Tuesday ruled out new restrictions before the day itself, saying that there was uncertainty about the severity of Omicron and hospitalisation rates.

However, he did not rule out further measures to curb the spread of Covid-19 after Christmas Day, which falls on Saturday, if the situation deteriorated.

There were 147 deaths within 28 days of a positive case, up from 140 on Wednesday, the latest government data showed.

Read More
Countdown’s meat supplies should be back to normal today after a supply glitch, but butchers are urging the…
CCovid-19

Read More
The Delta variant means most of the country will have to adjust to stricter alert level 2 settings.…