A primary school principal is calling out the Ministry of Education for reneging on a promise to stop children from standing on school buses in the Queenstown Lakes. 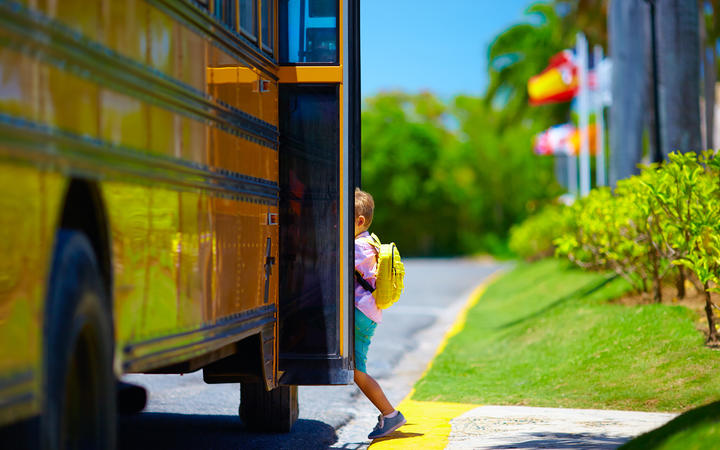 Officials agreed in 2018 to end the practice of standing on buses following pressure from local schools amid concerns over the safety of children while travelling on roads with open speed limits.

The ministry has since confirmed that students were allowed to stand on school buses but operators would need to regularly report on any standing passengers following new contracts coming into effect in January.

It has prompted Queenstown Lakes District Mayor Jim Boult to contact the prime minister and other government ministers calling for the practice to end, saying it was inherently unsafe and an irresponsible protocol.

Her primary school did not allow the practice on their buses because of safety concerns for students travelling on roads with speed limits of up to 100 kilometres an hour.

“They are more country roads, they are not as well groomed as your big state highways like State Highway 1. There are pieces that are gravel and have an uneven camber on them and in the winter we obviously have a significant amount of ice.”

The practice was happening on other local school buses, she said.

“There’s a lot of five, six, seven-year-olds. Those children seated aren’t able to touch the ground when sitting properly on the seats. If you’re putting three to a seat, they struggle to … put their back against the back rests,” Pringle said.

“There’s no arm rest to hold them in so that’s easy to hang over the aisle. If the bus was to suddenly stop, there’s very little to actually stop them from going flying so if children were standing that would be even worse.”

But 210 students – 70 percent of the school’s roll – were eligible for the school bus.

“We are going through a sustained period of growth for our school so on a regular basis we are having to review what bus provision we’ve got.”

She approached the Ministry of Education for another bus, but said she was told they provide one because she couldn’t show that students were regularly stand up on buses even though there could be three children to a seat.

To meet that threshold, the bus would need to be filled to maximum loading capacity – about 65 children seated and 10 standing.

Queenstown Lakes District Mayor Jim Boult was fired up about the issue he thought had been resolved. 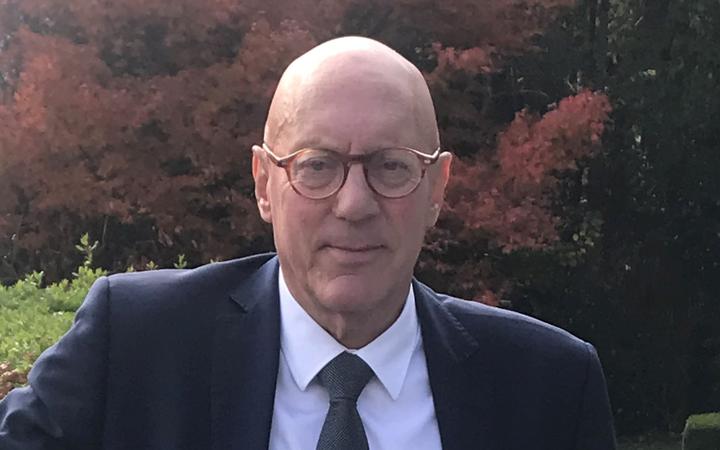 It has been more than three years since Waka Kotahi informed him that the Secretary for Education had decided to stop the practice and the Ministry of Education was working on that directive with an expected cost of around $20 million a year.

He has sent a letter to the Prime Minister and other ministers, saying he was disappointed and shocked when schools informed him that a significant number of children would stand in the aisles under the new school bus tender arrangements.

It was time to act on an issue that had long put tamariki needlessly at risk, he said.

“We live in an area with challenging road conditions, particularly during the long winter months. I find it hard to imagine that anyone would contemplate allowing children to stand on buses at all, let alone on open roads. This surely cannot be a practice which is condoned.”

He has been in correspondence with Waka Kotahi about the issue since 2018, but said he has recently been given the run around by various government departments while trying to stop the practice.

More recent correspondence with Waka Kotahi included advice that while school buses were involved in 529 crashes between February 2000 and February 2020, no pupils had been killed.

“I’m sure a five-year old standing on a school bus travelling rural roads at 90km per hour would feel much safer knowing that they stand a good chance of surviving if their bus is one of the 26 crash average per year,” Boult said in the letter.

He also urged the government to include seat belts on school buses.

“As parents, and as ministers with accountability to our children and their safety, I implore you to act. While thankfully no children have died in these 529 crashes, shouldn’t we do everything in our power to prevent any child from becoming the first one? Aren’t we responsible for making sure they can travel to school each and every day safe from the chance of harm and injury?”

Ministry of Education infrastructure and digital leader Scott Evans said new contracts would come into effect next January after asking bidders to confirm they could provide enough seats to cater for expected numbers of eligible students.

The contracts were due to expire at the end of last year but they were extended by one year to allow time to update the procurement process and make sure there were opportunities for smaller, regional suppliers, he said.

“Under new contracts which come into effect in January 2022, suppliers are able to carry standing passengers to allow for a necessary degree of operational flexibility to manage fluctuating demand and to ensure that no eligible student is left behind,” Evans said.

“Operators will be required to regularly report on any standing passengers so we can monitor and manage the situation if the number of students using the school bus services increases above what is expected.

Its mobility and safety team manager Robert Anderson said statistics on road safety showed that buses were the safest mode of road transport in New Zealand.

“We consider that transport regulation is unlikely to be the most effective way to address safety concerns about children standing on school buses,” he said.

“The Ministry of Education is able to set requirements and expectations when it procures school transport services, including considering the capacity of its services and the number of eligible students on each school bus route.”

Waka Kotahi referred questions to the Ministry of Education as it had contractual arrangements with bus operators.