A man who was arrested during the Parliament occupation last month was handcuffed there again this afternoon. 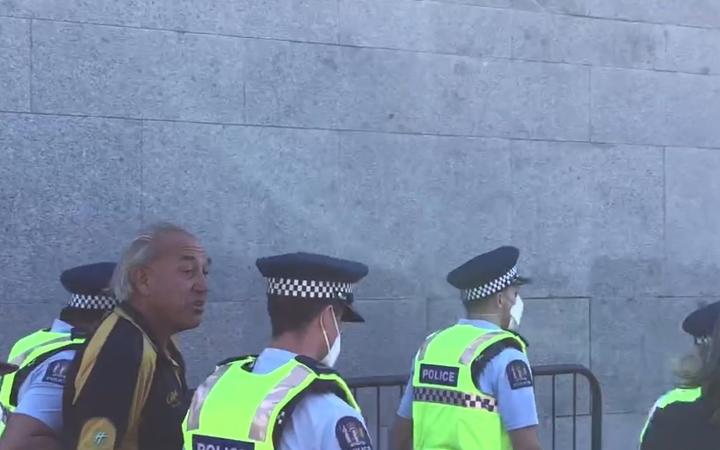 A video on social media shows about half a dozen officers leading Brett Powers away from the grounds.

The police are jeered at by a small group of protesters who are shouting “shame”.

In the first week of February’s occupation, Powers tried to breach the police line and enter Parliament but was arrested.