Trampers who plan to walk the Rakiura Track on Stewart Island this summer are being offered the option of a refund as the battle against bed bugs continues. 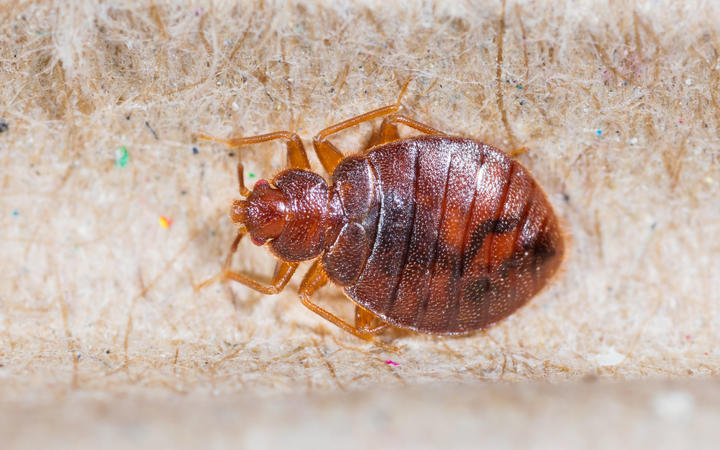 North Arm and Port William huts have been retreated for bedbugs ahead of the season. Photo: 123RF/[email protected]

The bugs reached infestation levels last year and earlier this year at the North Arm hut.

The Luxmore Hut on the Kepler Track and three huts on the Whanganui Journey Great Walk have also been treated for bed bugs this year.

The Department of Conservation said both the North Arm and Port William huts have been checked and retreated ahead of the season, following an active campaign against the pests.

However, on 14 December it confirmed that several bed bugs had been found while rangers were undertaking daily checks.

While tourism operators said the news had deterred some, others were preparing to lace up their hiking boots this summer.

Christchurch resident Nicole had no plans to cancel her Rakiura Track trip next month.

She received an email from the Department of Conservation telling her that there were no current reports of bites and sighting from visitors or infestations, but several, mostly dead bed bugs had been found during daily ranger checks.

“I wasn’t particularly alarmed about it. I know that it wouldn’t make the tramp maybe so pleasant. But I suppose, down that way you’re expected to be bitten by sand flies and things like that anyway. So I was thinking I’d be carrying antihistamines and bites cream.”

Nicole was pleased about the heads up and that there was the option for a refund.

“In the email, there was things to do like making sure that we look over our tramping gear and airing out our sleeping bags and things like that. So I think as long as we try to be preventative about it.”

Its owner operator Furhana Ahmad said the discovery of bed bugs had been a blow.

“It certainly doesn’t help because we’ve got enough against us at the moment, and there are people reluctant to travel on the Rakiura Great Walk and stay in the huts.

“We’ve already had people cancel because they just didn’t want to deal with any bed bug situations.”

It was vital to keep guests well informed, but she hoped people would not be deterred and would take precautions instead.

She was glad DOC were keeping operators up to date after originally leaving them in the dark.

“Last year, I was horrified to find out that – we were at the Rakiura Great Walk – and a Department of Conservation burst in one morning and said ‘You guys all have to leave by 9am because bed bugs have been reported in the village and it’s coming from the huts’. So that’s the first I heard of it last year.”

“No one wants to put their hand up and say they’ve got bed bugs. But we’ve actually found out now that’s exactly what we are doing.

They started with a deep clean, insecticides and bug bombs.

“You just can’t get complacent with bed bugs, and we did exactly that last February when we had a report, and then from that we thought we’d dealt with that. And then we had another report and then another report.”

When that didn’t work, DOC brought in contractor for a heat treatment, all infected materials were removed, and an insecticide and growth inhibitor were used along with a special gas.

That has included the temporary hut closures.

Hut rangers did daily checks, vacuum and monitor sticky traps, and might find one or two, he said.

“We’ll go to the point of going out to that hut and having a good thorough check and doing a precautionary treatment to make sure that we’re not going to get any other bed bugs or any infestations likely to take hold because once they do get hold, then that’s when they’re that much more harder to get rid of.”

His advice for stopping the spread of bed bugs includes:

[il] Leave your gear outside the hut where possible; only take in what you need.

FFEATURED
A performer dressed as Mickey Mouse entertains guests during the reopening of the Disneyland theme park in Anaheim,…
FFEATURED