Prominent Māori leader and described ‘warrior woman’, Dame June Jackson, has died at the age of 82. 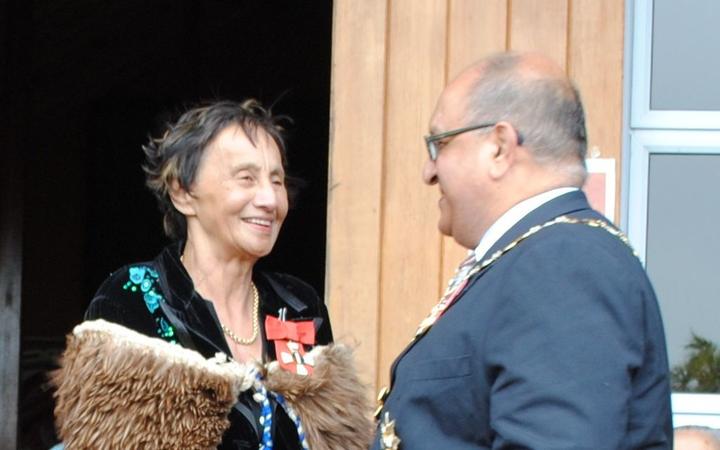 Dame Temuranga June Batley Jackson (Ngāti Maniapoto) was a pioneer and activist and dedicated her life to enriching the lives of Māori – especially in urban centres – she died in the early hours of this morning.

Dame June grew up in Mahoenui near Te Kuiti – and in her late teens moved to Wellington where she met her beloved husband, Bob Jackson, a Ngāti Porou coastie.

The two then moved the whānau up to Māngere around 1970 where she had a myriad of jobs from cleaner to security firms but were always consistently active in the community.

Due to their concerns of the unmet needs of Māori in South Auckland at that time, the Jacksons were key in the conception of the Manukau Urban Māori Authority in 1986 – where Dame June served as the chief executive of the authority until 2009.

In 1991 she was appointed to the New Zealand Parole Board, eventually becoming its longest-serving member and using her marae base to pioneer range of initiatives focussing on rehabilitative justice.

In the 1996 Queen’s Birthday Honours, Jackson was appointed a Companion of the Queen’s Service Order for public services.

In the 2010 Birthday Honours, she was appointed Dame Companion of the New Zealand Order of Merit, for services to Māori.

Before she returns to Tāmaki Makaurau tonight, she will be taken to Mokau to say goodbye to her parents and will lay at Nga Whare Waatea in Mangere over this week – her old stomping ground.

She is survived by her sons Willie and Vaughan, daughter Rowanne and all of her many mokopuna.

Tributes have already started flowing for Dame June – but in a social media post whānau said the very much loved Nanny will have a big week of those sharing their tears and stories of their whānau, and the very much Māngere matriarch.

“Always one of the most glamorous grans in Māngere, Nanny June was just the same whether she was hanging with politicians or prisoners. Once a cleaner, she was formerly made a Dame in 2010. Big laugh & bigger heart.

“Looking forward to hearing all the stories about our Nanny, having a laugh and celebrating her life.” – the whānau said online.

“June has been described as formidable, fearless and no-nonsense, an advocate for urban Māori and mum of Cabinet minister Willie Jackson, who will take this week to be with whānau.

“Our thoughts are with you and all of your family at this very sad time,” Ardern said.

Much of Dame June’s activity predated Ardern’s role as prime minister, she said, but she “knew of her legacy, I knew of what she’d achieved”.

“I knew that she was still playing a role with whānau even, and despite having stood down from some of those more public and CEO roles, I know the impact that she left.”

FFEATURED
Halestorm have announced their return to Australia and New Zealand, slating a four-date headline tour for the first…
FFEATURED