Christ Church Cathedral restorers hope construction workers can venture inside the building by Christmas, for the first time since it was ruined in the 2011 earthquake.

Work has begun to remove the crossing roof, marking a big milestone in the stabilisation phase of the $154 million project.

“This piece of open heart surgery will do the final decoupling so that the structures that we’ve put around the perimeter have enough design strength to hold the components separately,” he said.

Ornate, carved stone will be lifted out by crane and the rest dropped to the ground. 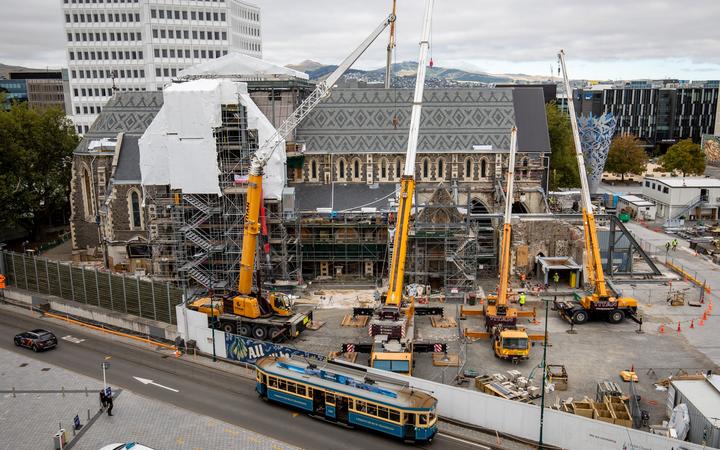 Cranes are doing a lot of the heavy lifting at the Christ Church Cathedral site in Cathedral Square in Christchurch. Photo: RNZ / Nate McKinnon

A remote-controlled digger is also being sent in to clear some of the rubble, saving stained glass and stone, and an unholy amount of pigeon poo that has piled up over the last decade.

Paterson said people were taking bets on the weight of the droppings, which he estimated to be “somewhere between one and two tonnes”.

Once the gable arches have been removed and other stabilisation work is complete, restorers hope construction workers will be able to go inside the building in December. 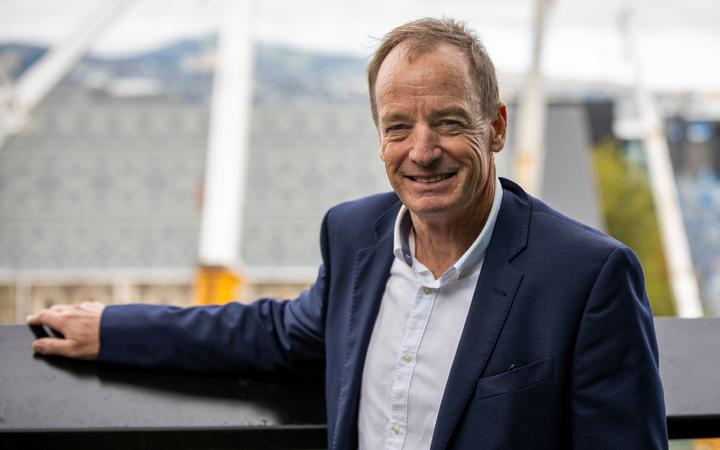 Wall-strengthening work can also start, while the arches are preserved.

The project’s budget could rise by $4.6m because of inflation, as construction and wage costs escalate, so staff were working on a revised cost estimate, Paterson said.

“We do have exposure to that risk. Our consultants are poring all over that at the moment,” he said.

“Maybe there will be a two to three percent increase. It’s not like it’s suddenly an unmanageable situation.”

Cathedral restorers are relying on $50m in donations to cover a funding shortfall.

Naylor Love’s Cameron Bellis said engineers initially planned to go in through the side of cathedral, but it was easier and safer working from above.

“Those arches are quite a risk and they have a lot of unstable stone,” he said.

“Going at it from above in some ways is a little bit easier. You don’t have to climb up scaffold and have a falling risk above you. We can rely more on cranes to do the heavy lifting and make sure there’s nothing above the workers that can fall and hurt them.” 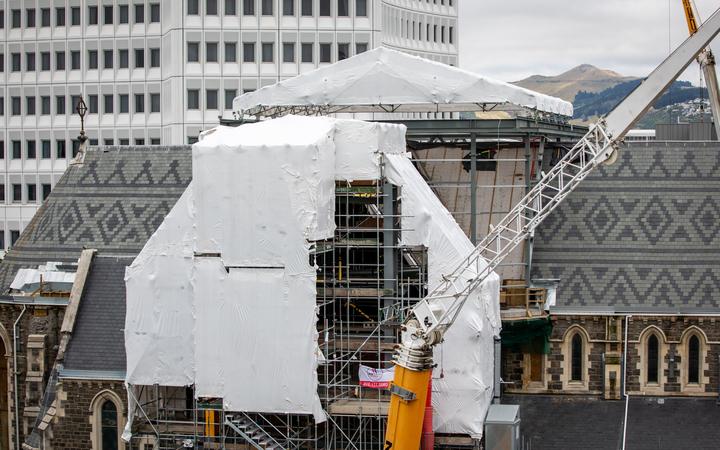 A steel frame has been lifted onto the roof and secured to new concrete platforms along with a weatherproof scaffold roof to protect the inside of the cathedral while the tiles are off.

The restoration project is due to be completed in 2027.

Read More
Drivers are being asked to keep an eye out for road crews, with work resuming on highways in…
FFEATURED