Secret Santa at Antarctica’s Scott Base

Some say the best gifts are home-made, but imagine competing with a mechanically minded engineer crafting a Secret Santa surprise. 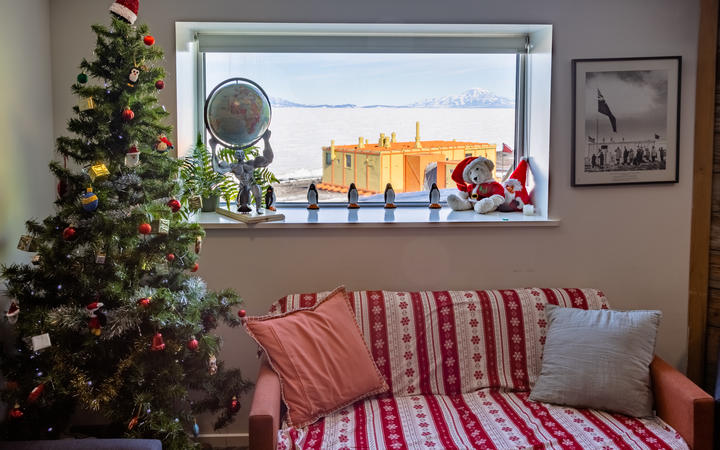 Staff celebrating a white Christmas at Antarctica’s Scott Base have set themselves a seemingly daunting annual task – a DIY gift made on the ice.

Paddy Power, who is spending his 13th season in the deep south, said staff went to extraordinary lengths to create the perfect present.

“You can see people the night before Christmas scurrying around with a certain level of stress trying to finish what they’re doing.”

Power said staff would take a break from their six-day working week to enjoy a traditional festive feast on Christmas Eve, prepared by the research station’s chefs.

“They cook up a massive feast with all the traditional turkeys and hams, and loads of good pastries and sweet stuff,” he said.

Power will step into the kitchen on Christmas Day to give the chefs a break, when he plans to honour his British heritage by rustling up a good curry.

For a second season, a smaller-than-normal number of people are travelling to Antarctica, under a strict managed isolation plan to try to keep the continent Covid-19-free.

About 200 New Zealanders are expected to spend the 2021-22 season at the Ross Island research station, including scientists and maintenance crews. 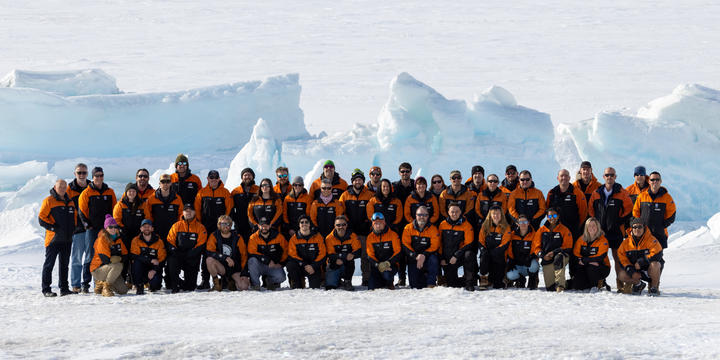 Power, who runs field operations, said there was still a strong spirit of camaraderie at Scott Base.

“You do miss the buzz of the science groups coming through, because they’re excited about what they’re going to be doing and achieving in the field,” he said.

“Still, there’s a good vibe around the station and everyone’s still pulling to support the science that we can. With 24 hours of sunlight, there’s plenty of time to fit everything in.”

Before staff fly south, they must complete a 14-day stay in isolation at a private Methven lodge, at a cost to Antarctica New Zealand.

People must be vaccinated, have four negative Covid-19 tests before they leave, and another when they arrive.

“Losing a year of research for some scientists is really difficult,” she said.

“This year we’ve managed to find ways for them to head south and to do their work, and for some of them, we’ve managed to pull data remotely. This season feels much more like a normal season.” 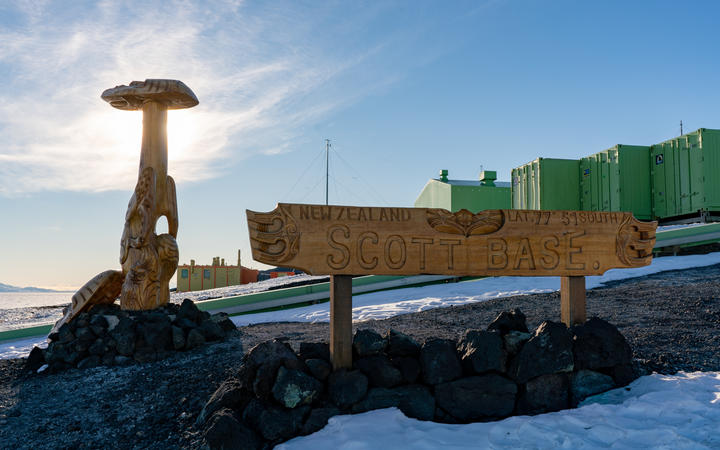 Dozens of Covid-19 cases were reported at a Chilean Antarctic base last December, but no other country with a presence on the continent has publicly reported any others.

The ageing Ross Island research station will be replaced with three interconnected buildings and its wind farm upgraded, as part of a $344 million redevelopment.

The new base will be built at the port of Timaru and shipped to Antarctica in eight modules, where it will replace the old station at Pram Point.

The project is being spruiked as a “safe, fit-for-purpose, environmentally sustainable scientific research base that will support New Zealand’s presence in the Ross Sea region of Antarctica for the next 50 years”.

The design lifts the station from backpacker-style housing to a high-end lodge with stunning views, accommodating 100 people.

The government will foot the entire bill, including $306m to replace the existing base and redevelop the wind farm, and a further $38m for operating costs.

An Antarctica New Zealand report found some people had to sleep in modified shipping containers because of overcrowding in summer months.

The report also highlighted fire risks because of ageing electrical systems, buildings that do not meet safety standards, and a failing, outdated water system.

Construction is expected to begin in 2022, with the entire project due for completion in 2027.

Read More
Firefighters have extinguished a large blaze at a medical centre in the Bay of Plenty town of Ōpōtiki.…
FFEATURED