Police and Parliament are on alert for more protest action from the anti-mandate movement. 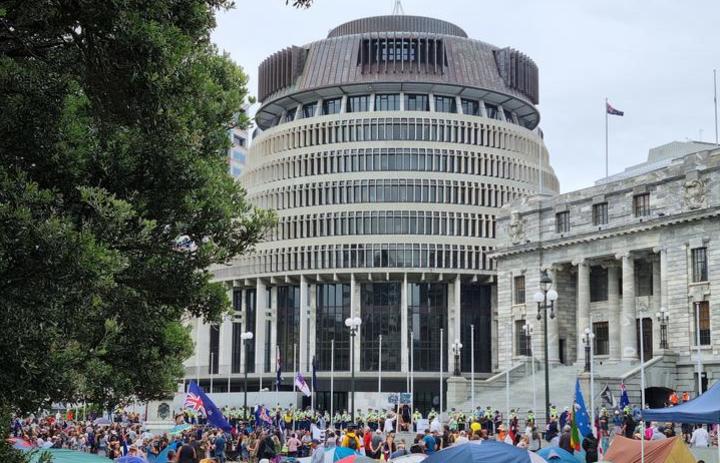 Following the 23-day occupation a new group has sprung up. Photo: RNZ

Following the 23-day occupation a new group has sprung up demanding an end to all Covid-19 restrictions.

It is collecting donations to fund more demonstrations and despite claiming to be transparent and open, members have registered their website through anonymising services and are using codenames like Alpha, Echo, Charlie and Guerilla.

Ten days ago a group calling itself Unite announced on the social media app Telegram it intended to carry out more protests in Wellington.

The group’s website was registered through an anonymising third party to domain host Epik.

Epik was known for previously hosting controversial clients such as the neo-Nazi Daily Stormer and the notorious 8chan message board.

RNZ identified some of those involved in Unite, including Tessa Jefferis, Ruth Riley and Ashley Robb.

All three spent time at the Parliament occupation earlier this year.

Jefferis told RNZ there was nothing nefarious about the secrecy surrounding the group and she had a right to privacy.

“On a personal level we’re all interested in the subject of privacy, which is another very big and broad-sweeping human rights question and might not be something the average person thinks about a huge amount,” she said.

“But you can’t conflate the desire for privacy in your personal life with this idea of having anonymity and having something to hide. They really can’t be conflated.”

The protest at Parliament was supposedly about vaccine mandates, and those outside of health, Corrections and border control are set to scrapped on 4 April, along with vaccine pass requirements.

But the legal framework for them will remain as does the ability for businesses to choose to use them.

That was why protests would continue, Jefferis said.

“There’ll be protest action until we, first, get an acknowledgement. Second, we get an apology. Third, we get justice. And fourth . . . personally, I’m not stopping until the Covid-19 Health Response Act legislation is obliterated.” 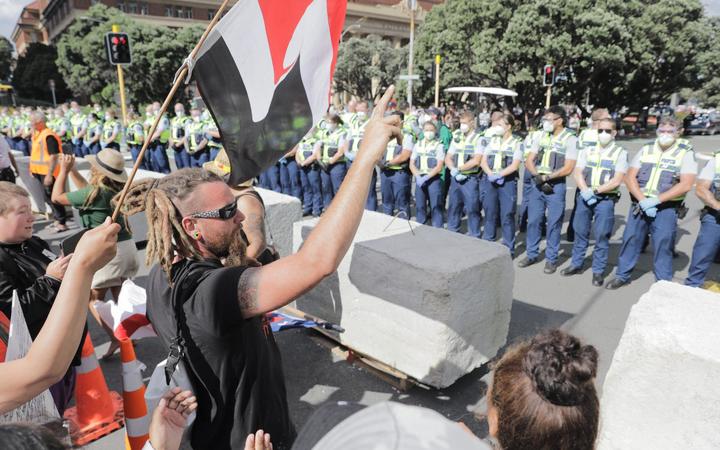 Police and protesters square off outside Parliament on 22 February. Photo: RNZ / Angus Dreaver

Jefferis said they were committed to keeping precise financial details and being transparent with donors, though she would not commit to publicly releasing them.

“That bank account will be going purely to the protest events in the short-term, and actually I don’t believe we’ve actually received too many donations yet because we haven’t really put it out there much. We just kind of slipped it on to the website.”

Call for law change around donations

But National Māori Authority chairperson Matthew Tukaki, who raised his concerns about the financing of the 23-day occupation at Parliament, warned people to think carefully about giving money to the anti-mandate cause.

“I just urge everybody, all New Zealanders, to be aware of where your money is going. There is no transparency whatsoever around these calls for donations,” he said.

He wanted a law change to ensure absolute transparency.

“Whether that be about entity establishment, whether that be about the ability to raise donations, including foreign donations coming in as well, because the reality is when you fundraise these sorts of activities we have no transparency over money coming in from overseas and therefore what entities they’re coming from as well.

“So we really do need to ensure there is reform in this space.” 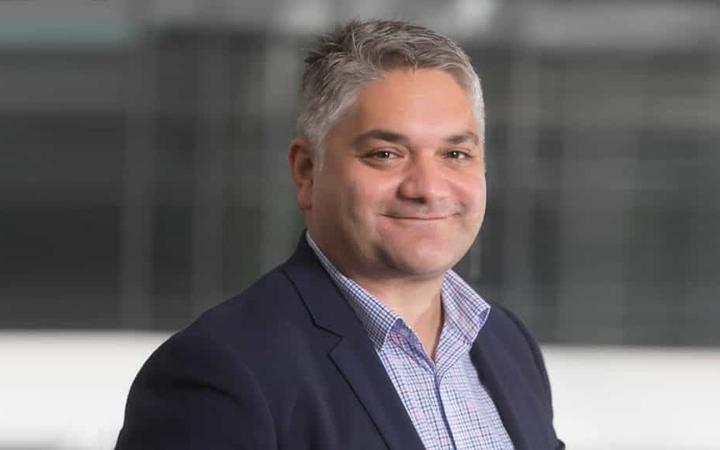 Matthew Tukaki is calling for a change in the law surrounding fundraising. Photo: Supplied

“They talk about a government that is tyrannical and they talk about gross human rights violations, and that just doesn’t sit with observable reality from our point of view,” he said.

“So if people are still claiming there’s tyranny and using words like complicit, you’ve got to suspect there really is a conspiracy theory core to what these people are thinking.

One person was arrested on the forecourt of parliament yesterday afternoon for breaching his bail conditions after a group of about 15 protesters briefly gathered.

Police said they left peacefully after discussions with officers.

Security has been stepped up at Parliament and people have been advised to work from home until further notice due to the spectre of protest.

“As a precaution, additional police staff have been called in from outside of the Wellington Police District and plans are in place to respond if required,” a police spokesperson said.

“Police have a low tolerance of any activity that could lead to disruption of Parliament, critical roads or residents.

“While police will respect the right to lawful protest, any behaviour deemed unlawful or that disrupts people from going about their lawful business will not be tolerated.

“As we have done since the end of the last protest at Parliament, police will maintain a high visibility in the area.”