Securing air freight capacity is expected to be even more difficult in 2022, with transport officials warning as North America and Europe begins to re-open it will be increasingly difficult to keep large international operators in New Zealand. 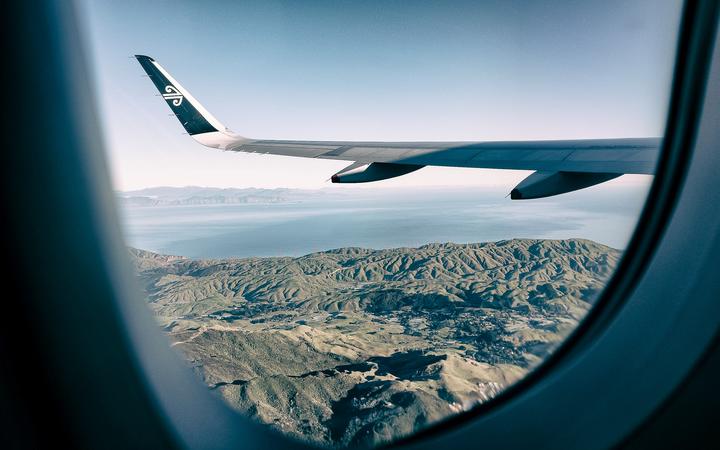 Data from officials shows the government is working on an estimated air freight weekly demand of 4400 to 4800, with a weekly shortfall of about 273 tonnes under the MIAC scheme. Photo: James Coleman/ Unsplash

“We have clear evidence that there will be fewer options and less capacity available than last year (with the exit of the North American carriers),” officials wrote to Transport Minister Michael Wood in September.

“We have already been contacted by freight forwarders advising that the exit of Air Canada will have a significant impact on exporters already struggling to secure capacity into North America.”

The MIAC – Maintaining International Air Connectivity – scheme began in May 2021 and provides subsidies to airlines to continue to provide set routes.

It was recently extended until March 2022.

The government then agreed to an additional $195m to support flights from 1 November 2021 to 31 March 2022. There is an additional $25m allocated to ensure connectivity is maintained with countries New Zealand has quarantine-free travel with if there are pauses or suspensions.

Data from officials shows the government is working on an estimated air freight weekly demand of 4400 to 4800, with a weekly shortfall of about 273 tonnes under the MIAC scheme.

Customs Brokers and Freight Forwarders Federation president Chris Edwards said air freight in 2022 would likely be even harder to come by than in 2021.

“I think it’s potentially going to get worse, depending on demand. Certainly, these past three months from October to December have been the worst period I can remember for both trying to get a flight, but also freight costs as well.

“Nothing in January and February will change it unless government changes policy on opening borders, allowing tourists back in etc.”

He said the loss of Air Canada was substantial given only a handful of player remained in the market.

Air freight carries less than 1 percent of New Zealand’s trade by volume, but about 16 pct of exports and 22 pct of imports by dollar value.

“It really does come down to government policy. Airlines will happily come here if they know they’ve got surety of borders being open, flights being scheduled and those sorts of things.

“We do have air cargo freighters coming here, but at the moment they’re full and at full capacity as well. So I don’t expect to see another player enter the market … there’s just not the other willingness to do that at the moment.

He said the MIAC scheme should continue as long as the borders remained closed.

“Because we need those corridors for air cargo open, there’s no two ways about that. But also, we’d like to see some return to normality, with normal airlines resuming their services here and that won’t happen until government changes policy.”

Since May 2020, temporary government support has enabled more than 11,000 flights carrying over 206,000 tonnes of airfreight worth around $16.5 billion. During the same period, nearly 97,000 people have returned to New Zealand on supported flights – 48 percent of the total number of people to pass through MIQ facilities.

Ministry of Transport Reconnecting New Zealanders programme manager Brent Lewers said it was not clear whether the MIAC scheme would need to be extended beyond March 2022.

“It’s too early to tell exactly when international aviation will return to a commercially viable position. However, we are confident that under the Reconnecting New Zealanders approach many will start to become viable on their own sometime during the course of 2022.”

Read More
By Joe Burton* Analysis: As Friday’s attack by an Isis sympathiser in a New Zealand supermarket has shown,…
FFEATURED

Read More
A scrub fire near Kingston has been contained. Two helicopters have been fighting the fire since first light…