Three soldiers suffered burns to their bodies during a training exercise using molotov cocktails to prepare them for peacekeeping duties. 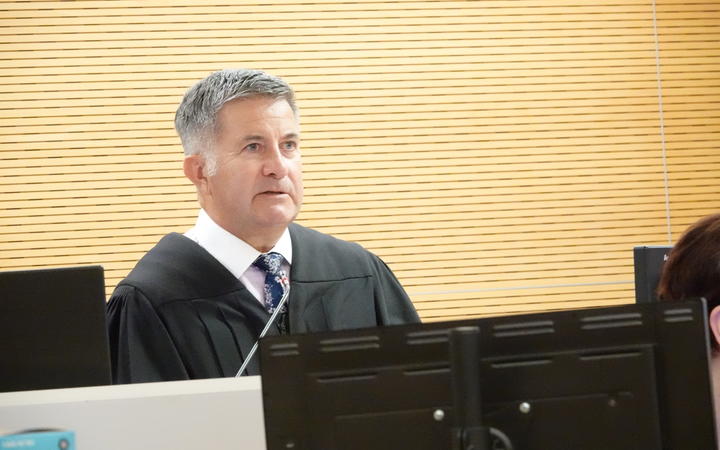 Two of them were doused in petrol and then caught fire during a mock riot, while a third suffered less severe burns when one of the panicked soldiers ran into him.

The trio, who have name suppression, have spoken of the physical and mental scars they have been left with.

Two suffered serious burns, one to almost 20 percent of his body.

The exercise, at Linton Military Camp near Palmerston North in August 2020, was part of six weeks of training.

Called Operation Venom, the aim was to prepare soldiers for sudden peacekeeping deployments, such as to the Pacific.

In the Palmerston North District Court on Tuesday, the New Zealand Defence Force was fined $354,750 and ordered to pay $100,000 reparation to the three injured soldiers.

It had previously admitted a charge of breaching an employer’s health and safety obligations.

Judge Jonathan Krebs said on the night of the mock riot, which followed a first night of similar training, soldiers were pitted against the trainees to simulate a riot.

Modified shipping containers were used to recreate an urban environment.

“Trainees were sent into this environment and faced mock rioters using a range of items, including water, flour and molotov cocktails.”

But on the second night, the situation was less structured than previously, the judge said.

The trainees did not wear fire-retardant clothing, while fuel was at one stage poured by a mock rioter from the top of a container on to the trainees and the ground below.

“Rules were broken – this being the rules of engagement of how the mock rioters should behave,” Judge Krebs said.

One molotov cocktail thrown at the trainees didn’t shatter where it was intended, instead bouncing into a container wall, breaking and starting a fire that injured the soldiers.

The judge said the Defence Force should have provided appropriate training in throwing molotov cocktails.

“In this case the person ho threw the molotov cocktail which caused this incident had not previously thrown one.”

Other failures included inadequate supervision and not storing fuel properly.

However, the judge said the Defence Force had acted appropriately since the incident.

An internal inquiry was held, resulting in loss or rank, reprimands and orders for compensation for the people responsible.

The soldier most badly burned, who will receive $50,000 of the $100,000 reparation ordered, told the court he spent 19 days in hospital and had three operations.

“For the first two weeks in hospital I was unable to walk or move out of my bed unassisted due to the pain from the skin grafts on my upper legs.”

He still suffers depression, couldn’t handle the smell of fuel and was questioning his future in the army. He applied for a transfer to the air force, but this was rejected on medical grounds.

The second soldier who was badly burned, who will get $40,000 reparation, wrote in his victim impact statement of suffering panic attacks and having a relationship breakdown since the incident.

“In the recovery process I was experiencing sometime unbearable pain every single day for months during and after the surgery until I found an effective medicine to heal my graft.”

He said teaching was always his fallback option, but children were now scared of his scars.

The soldier would stay awake for days because he struggled to sleep, and turned to alcohol to ensure he drifted off.

The third soldier said his moods and behaviour had changed.

The lawyer representing the Defence Force, John Rooney, said it had since placed a moratorium on using incendiary devices such as molotov cocktails during training.

He said the Defence Force took its health and safety responsibilities seriously.

In this case, it pleaded guilty early, had taken action to correct failings and apologised to the soldiers who suffered burns.

Outside court, Chief of Army Mayor General John Boswell, told RNZ when mistakes such as this were made, the Defence Force had to admit it, learn from it and make sure it was not repeated.

“Actions were taken that night that quite simply should not have occurred and as a result three of our soldiers were injured. Today was about us being held accountable for those injuries.”

A “safety and training regeneration process” was looking at every element of army training to ensure risks were mitigated, and training would happen in a safe and appropriate manner.

“I spoke to the victims late last year,” Boswell said.

“I expressed my deep personal regret that they had been injured and that it was in no way their fault, and we would do everything within our power to continue to look after them through their medical and psychological challenges that they’ve faced subsequent to that evening.”

Upcoming benefit increases 'too little, too late' amid high inflation

Read More
ACC has suspended another two employees due to alleged inappropriate sharing of client information. One of the images…
FFEATURED

Read More
A person is dead after being struck by a vehicle in Auckland last night. Police say the person…