‘Something has to give’ – Covid-19 duties strain police resources

Maintaining regular policing standards is not possible with so many staff on Covid-19 duties and the extra strain will not be sustainable for much longer, Police Association president Chris Cahill says.

Cahill told Checkpoint about 300 staff were on border duties and the same number on Managed Isolation and Quarantine roles – plus those in organisational and administrative roles, bringing the total towards 700.

About 75 from around the country were also assisting Auckland policing.

“The majority are from the three Auckland districts … so it’s a real strain on Auckland,” Cahill said.

“We can only have so many (from around the country) because clearly the borders are within Auckland mainly so the staff have to isolate within Auckland because they are also subject to the Auckland lockdowns.

“It leaves everything very stretched. Simply, police can’t do everything and certainly can’t do it in the same timeframe, so a lot of prevention schemes have had to take a back seat, some of the investigations of minor crimes certainly can’t be attended to – and that’s just the nature of (it) you can only do so much when you are short staffed and the staff are stretched.

“Something has to give.”

Boundary checkpoints were something that could only run for a limited period of time, and police were surprised to hear they would be running through Christmas and New Year.

“It that’s the case we certainly don’t see just how you could manage checking for vaccination or testing certificates – it just doesn’t seem feasible – queues with tens of thousands of cars would just be too great.” 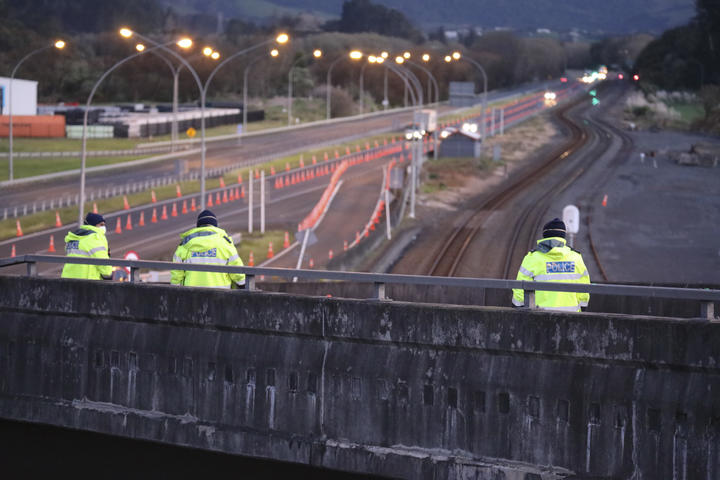 Police were assessing what priorities “had to give” every day, Cahill said.

The government was aware of the issue and weighing up the demands on police, he said.

“It all comes down to that vaccination rate though, doesn’t it.”

He said whether maintaining checkpoints was a top priority for police was “probably a matter for the politics and the (police) commissioner”.

“Certainly at the start it was – suppressing the spread of Covid out of Auckland … but now we’re moving to a period where I think we have to have to understand what living with Covid is going to be like.

“So what’s policing going to look like when we hit that 90 percent vaccination rate? Because I don’t think it can look as it does now with border checkpoints.”

As for mandatory vaccinations for police officers, Cahill said the association’s view was that it needed to be a legal question.

“What we say is if the government has the advice it should be mandated, and they pass the law that makes it legal, we will support a mandate. But they need to pass a law rather than just leave it up to police to make that call.”

It would make things easier for police if the government did, Cahill said.