Stress for residents as Kaimaumau fire continues to burn

The Kaimaumau fire is entering its fourth week burning, but residents say the event has brought them closer. 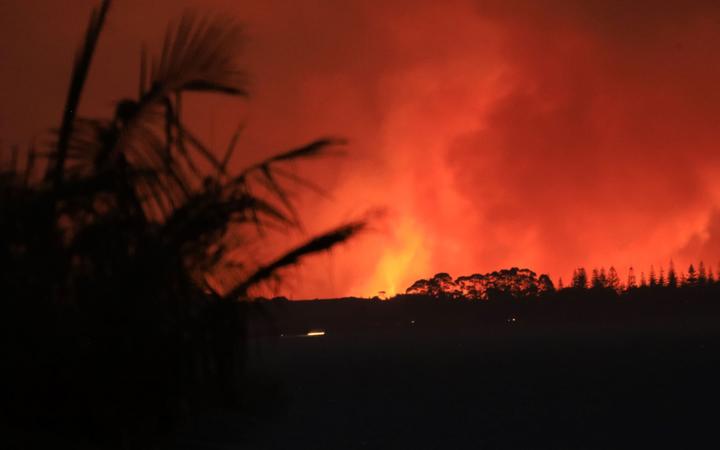 The blaze that was first reported in the wetlands on 18 December has now burned through more than 2400ha of bush, scrub, swamp and dune vegetation and put homes in the far north village at risk.

A team of 63 firefighters worked on the fire yesterday, with another 29 others working in an incident management team.

And although all homes have been saved, Kaimaumau residents have had to evacuate twice, the latest on New Year’s Day.

Amanda McManus said the ordeal had not put her off living in the far north village; “Oh hell no, I want to live here more.”

Locals had grown to know and care for each other more during the emergency, she said.

But they remain on tenterhooks and are feeling the stress. McManus had not unpacked her valuables, in case she has to leave in a hurry again.