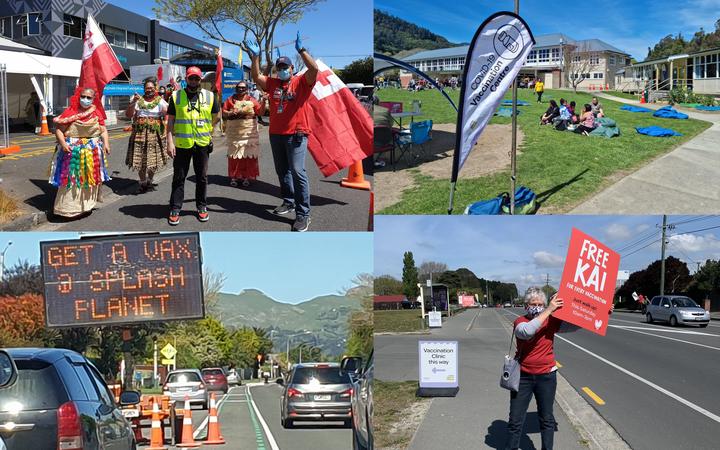 The telethon ran on 16 October, alongside a day-long, nationwide push to get people vaccinated against Covid, particularly Māori who had lower rates at the time.

The Ministry of Health has released a list of the costs.

It cost about $960,000 to film and broadcast the telethon out of Avalon studios in Wellington, with Auckland company Pango contracted to do the work

The ministry spent a further $1.074m to promote Super Saturday through advertising and marketing on television, radio and social media

The biggest single advertising item, nearly a quarter of a million dollars, was a television campaign in the week leading up to Super Saturday to try to encourage competition between regions.

About 130,000 people were vaccinated on the day, boosting those with a first dose 2 percentage points to 85 percent of the eligible population, and those with a second dose 3 points to 63 percent.

About 20,000 Māori were vaccinated, with that number roughly equal between first and second doses.

The ministry said funding for the telethon itself came out of a $39m fund for initiatives to support Māori vaccination.

The information provided by the ministry does not include the cost of running the vaccination centres or events.

Ange Postecoglou: Celtic title win has 'taken every ounce of me'

Supermarket competition: More discounts may be on the way - industry observer

Read More
New South Wales has recorded 1035 new Covid-19 cases – a new daily record for the state, and…
CCovid-19
An optional updated vaccine pass will include booster information, and will be available to people who have had…