Suspects in fatal Auckland shooting remain on the run

Two people wanted over the fatal shooting in the Auckland suburb of Mount Roskill have been on the run for nearly a week. 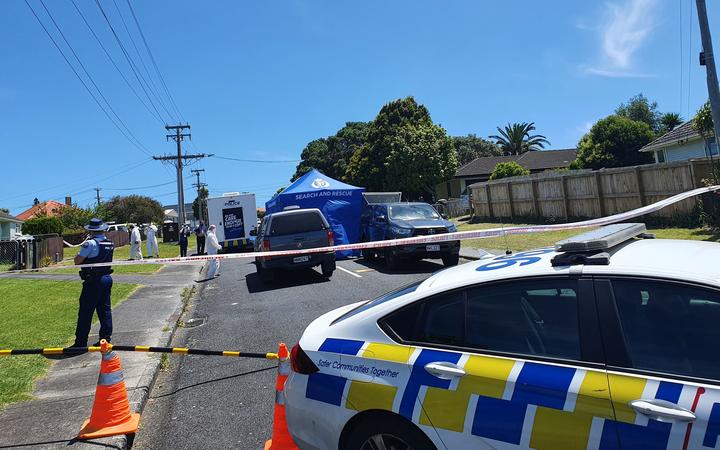 The scene of the shooting on Glass Rd following the attack. Photo: RNZ / Jean Bell

Police launched a homicide investigation after two people entered a property on Glass Road, one armed with a gun and the other with a machete on the evening of 23 December.

An altercation then took place, during which the victim, Brian James, 23, was shot dead.

Two other people – a man in his 30s and a man in his 50s – received serious injuries to their arms from the machete and were taken to hospital in a stable condition. The fourth person at the address was uninjured.

The offenders fled the scene and are still on the run.

Can the transport sector keep up with NZ's space race plans?