Sydney’s St Vincent’s Hospital has revealed its pathology service incorrectly messaged 400 people to tell them they had tested negative to Covid-19 – when they had in fact tested positive. 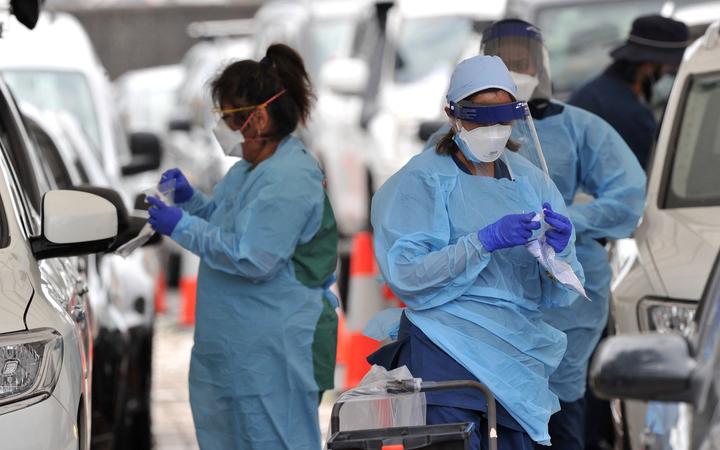 The laboratory’s medical director professor Anthony Dodds blamed the mistake on the “large volume of tests” they were processing.

Those affected were notified of their result, for swabs taken from December 22 and December 23, last night at 8pm.

Professor Dodds said they had become aware of the mistake this morning.

“These people had tested positive to Covid,” he said.

“As soon we became aware of the issue this morning, SydPath immediately commenced a process to contact impacted people.

“We sincerely apologise to all those impacted.”

SydPath is currently providing its pathology service to a number of Covid testing clinics across the state, including the popular Bondi drive-through site.

Professor Dodds said the mistake was possibly a result of “human error” and was currently being investigated by their emergency response team.

He said no-one in the Sydney to Hobart yacht race was “believed to be caught up in these impacted people.”

The error comes as testing services around NSW struggle with high demand, with many people having reported being turned away at testing clinics due to full capacity.

“We’re now getting something in the order of 130,000 to 160,000 tests a day, and that on the face of it sounds good, but then we need to consider why are people being tested and why are we putting the stressors on our pathology system,” Hazzard said.

He also said PCR test results were now taking between 48 and 72 hours to return a result, with many taking more than three days.

“If you have a PCR test on day one and when you’re getting your results within, say, 12 hours to 24 hours, well, it was valid.

“But if you’re not getting results until three or four days it may well be that you have developed a positivity or positive viral response anyway and you wouldn’t know it.”

Hazzard and Premier Dominic Perrottet have been working with other states and territories to help lighten the testing load on NSW.

From January 1, Queensland is also set to accept RAT results.

Read More
What happens if your bubble includes dozens of other people? RNZ checked in with a transitional housing facility…
CCovid-19

Read More
Northland missed out on a tourism support package, despite social development advice, a briefing obtained by RNZ shows.…