Mixed messages about booster vaccine shots have led to anger and confusion among customers, says a Wellington pharmacist. 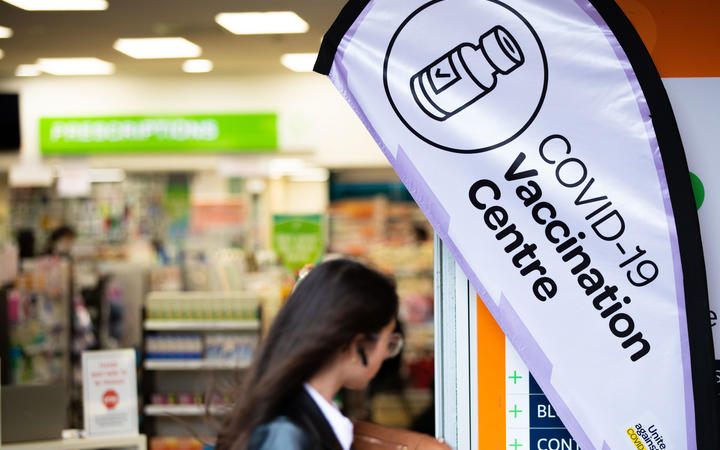 From 5 January, people will be able to get a booster shot of the Pfizer vaccine four months after their second dose – from what used to be a six-month gap.

“Data is emerging now that booster doses of Pfizer provide better protection than two doses do when it comes to the Omicron variant.”

Hipkins said the shorter timeframe would start in early January.

But pharmacists in Wellington are being pressured by customers who want to know why they can’t have the booster now.

He said he’s had people become angry and frustrated when they’ve realised they would be out of luck.

“Wanting the booster now but unfortunately … we’re not physically able to do it – at least here in Wellington.”

Latty said they are fielding dozens of phone calls from people wanting to get their booster shot now.

“There’s one particular example where I was verbally abused, just being told where to go when I was unable to facilitate or administer their vaccine.

“But I have heard from a number or different pharmacists within the network that have had angry people. We’ve had anti-vaxx anti-mandate people come in and then we’re dealing with the other side of it, which is people that want it.”

Official guidelines hadn’t been clear either, and communication had been confusing, he said.

Latty said when Hipkins announced a reduced four-month gap, he said that from January health and border workers would be eligible.

Then at 5pm on Thursday, Latty says the Ministry of Health website was updated to state the four-month booster for those 18 years and older would begin on 5 January, walk-in appointments only, and Book My Vaccine would be used from 17 January.

“I’ve been given guidelines that Auckland’s doing their own thing.”

Latty is aware of at least one pharmacist in Auckland who yesterday started to administer booster shots after four months of someone having had their second dose.

Read More
The full impact of the vaccination mandate for teachers and school staff will not be known until Tuesday,…
CCovid-19

Read More
The Ministry of Health has clarified the current death toll in the current Covid-19 outbreak. Photo: RNZ /…
CCovid-19