A pair of tītitipounamu gave conservationists in the Otago Peninsula a shock this week when they found a nest with four very small eggs inside of a possum trap. 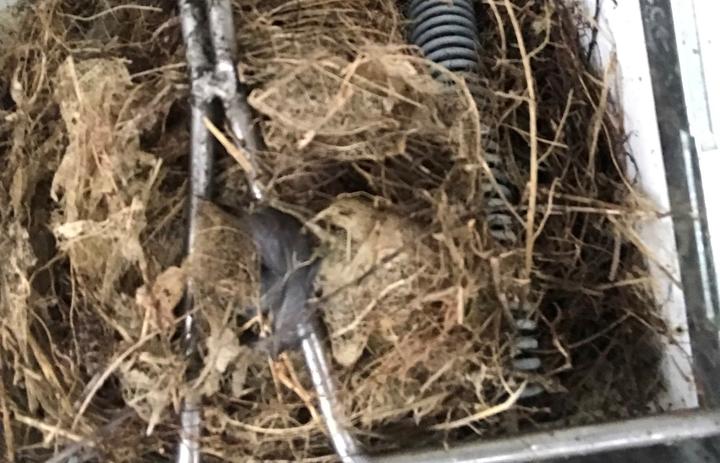 Riflemen, the smallest species of New Zealand native bird population, are cavity nesters whose nests are often found in unlikely places – like under roofs or tractors, or even in your gumboots.

This one was a first for the Otago Peninsula Biodiversity Group though, and community engagement team lead Maria Dale told Morning Report there were plenty of other options the birds could have taken instead.

“These guys, they’re just so fussy. We’ve got a perfectly fine, empty, rifleman nest that’s rodent proof, it’s just the right size, and it’s about 50 meters away and they’ve gone ‘nah, nah we’ll just use this instead, we’ll go in a trap.'”

Aside from being not where it was supposed to be, the nest’s placement inside the trap made unsetting it difficult. 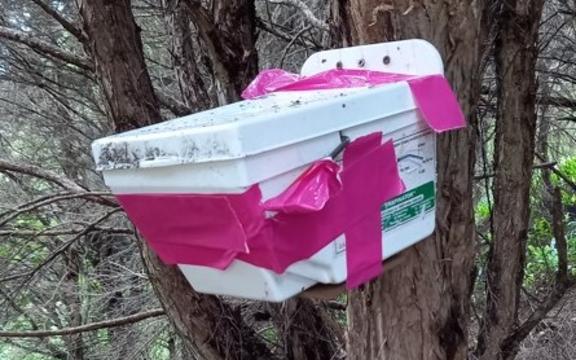 The exterior of the trap the pair built a nest in. Photo: Supplied/Otago Peninsula Biodiversity Group

“Honestly, it was like it was like having an insight to a heart surgery, it just was so traumatic trying to unset this trap while there was a tiny little nest inside of it. It was quite frightening trying to make it safe for them.

“Got there in the end, had an adult bird standing by… Dad there and dad was very angry at me for interfering, but I think he’s forgiven me now.”

The nest is now mostly taped shut and monitored via a trail camera. Dale said there had already been some unwelcome visitors, which were quickly taken care of.

“We’ve got a couple of functional traps that weren’t unset with a nest in it, and we actually caught those two possums a few days later. So yeah, we’re working extra hard to keep these guys safe.”

How do NZ’s vaccinated teachers have those hard conversations with their anti-vax colleagues?

FFEATURED
Wilmington Trust’s Meghan Shue is out with a contrarian playbook designed to help investors grab profits during volatility.…
FFEATURED

Read More
By Jimmy Ellingham, Manawatū Reporter Palmerston North is in for a rev up as the provincial centre joins…