Transmission Gully is getting a thumbs up from motorists who put it to the test today, and from people in coastal communities now bypassed by the traffic. 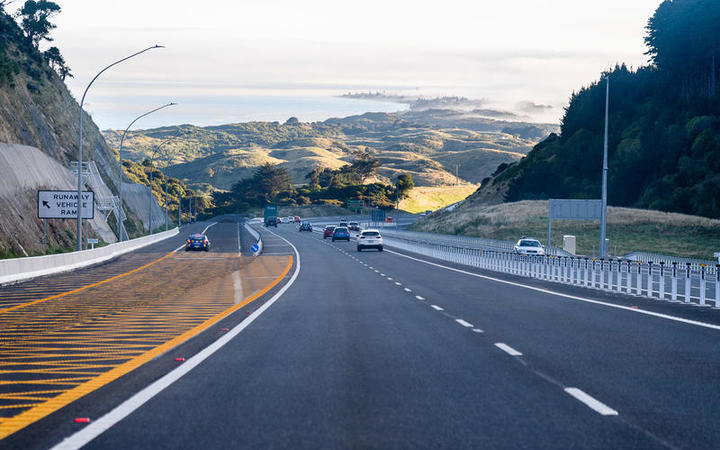 The $1.25 billion road opened to the public early on Thursday after a ribbon cutting ceremony was held on Wednesday.

Some of those who travelled the road, like truck driver Gareth McIsaac, marvelled at how the road allowed for better traffic flow, saying the new trip is “great”.

The highest point of the 27km motorway, Wainui Saddle, is a steep climb to 253m above sea level.

McIsaac said a slow vehicle lane on the hill was better for everyone but he was also impressed by the complex construction that took place in the area.

“When you get up there and you see – god, by crikey they’ve taken out some dirt, and I think it’s a lovely bit of road.” 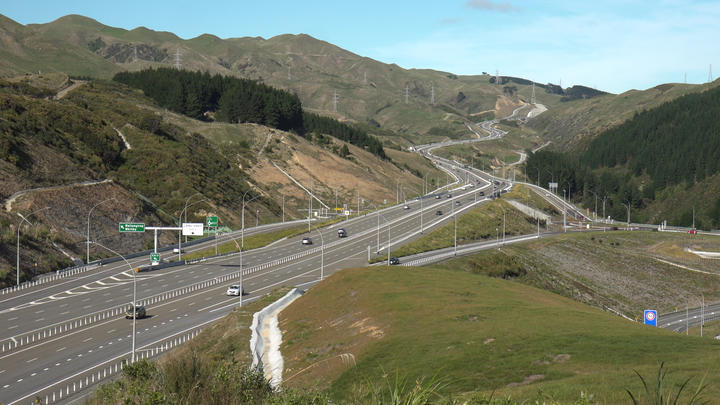 Another truck driver, Steffanie, who only gave their first name, agreed with McIsaac that being able to save up to 15 minutes on a trip to Wellington sounds small – but will help.

They said at peak hour any extra time available to deliver freight for ferries to carry across the Cook Strait was “critical”.

“They’ve sent trucks up to Levin [from the Hutt Valley]; it’s taken 10 minutes off their time one way … a 20 minute saving on a round trip. That makes a big difference to productivity.” 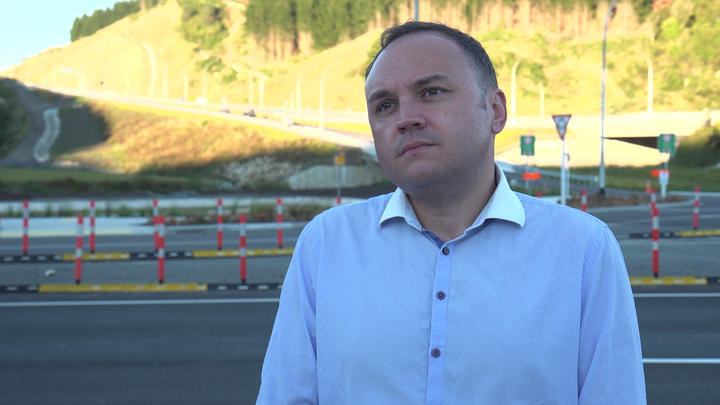 An arrester bed on the northern side of Wainui Saddle has already been used today.

The feature is a gravel-filled runway that can be entered from the traffic lanes designed to provide a safe stop to halt run-away trucks heading downhill, in case of brake failure.

A police patrol car got stuck in the deep gravel on the shoulder earlier today, but has been removed.

Police said driver error was to blame for the car sinking into the arrester bed.

Police have also said a number of infringement notices had already been issued on the new stretch of road. And drivers are being reminded that it is illegal to stop on a motorway.

Gravel tidy up on the side of the Transmission Gully today. Photo: Supplied/ Dan Bailey

Others who tried out the new motorway

Josh Hannen from Nelson questioned the delays behind opening the road – blaming it on “too much red tape” – and said he’d been waiting for it to open for a long time.

He drives to Taupō a couple of times a month, and said he was glad to see each trip would be “much quicker”, given the “amazing job” done building the road.

Mike Campbell from Waikanae Beach was glad to know it would shorten the trip to visit his grandchildren in Khandallah.

All quiet on the western highway

It was unusually quiet today on the coastal route between Wellington and Kāpiti Coast.

It was nearly deserted today as vehicles naturally flocked to the new motorway.

Locals in towns along the route woke up to near-silence instead of the morning rush, with multiple people describing it as eerie and like a ghost town.

Quieting those roads on State Highway 59 is something Minister of Transport Michael Wood earlier said in his ribbon cutting speech would help make coastal communities safer.

He said people would feel more comfortable walking across or pulling over on the highway that runs through the centre of town.

Busy traffic had deterred people in the past, he said.

The intersection is a notorious crash hot spot, where crashes have halted State Highway 1 traffic for hours.

Handford said Transmission Gully presented an opportunity for officials to look at ways to improve the intersection.

She wanted to see an “enticing entrance to the village so that people can really feel welcomed into our stunning little community”.

Read More
Auckland police are asking for the public’s help to identify a man, after shots were fired in a…