A man who arrived in Auckland from Tuvalu and tested positive for Covid-19 in MIQ on Sunday has now tested negative.

He arrived in Auckland on a medevac flight from Funafuti with 17 other seriously ill patients and their 18 close relatives on 19 October. 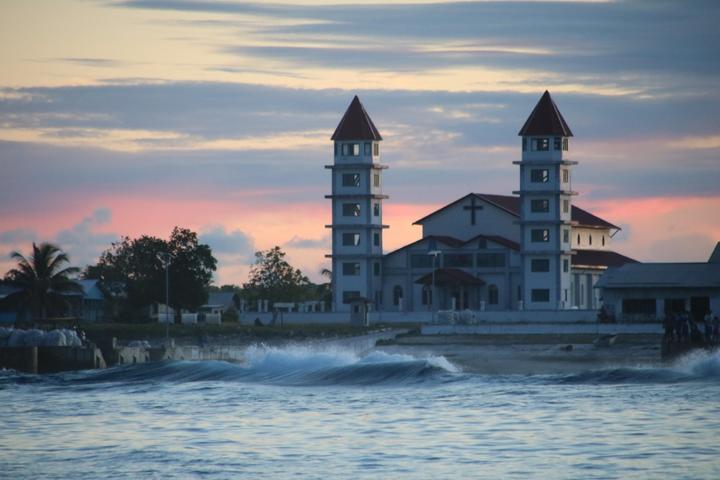 The man tested positive on his 11th day in managed isolation at the Stamford Plaza hotel while his partner tested negative.

“Today they will do another test as well and if it comes back negative again they will be released – both of them. Well sometimes tests, they get it wrong. It will be nice to know [how he got infected] but it’s not the time to point fingers about where he got it,” Panapa said.

Panapa had no specific details of the man’s condition.

He said two people from the flight were taken directly to hospital on arrival and the remaining 15 patients have completed their 14 days in MIQ and are receiving medical treatment.

“The Tuvalu Government – especially our Ministry of Health – have been arranging that charter. We had assistance from the New Zealand government. usually our patients are sent to Fiji. But because of the Fiji situation in the past few months and we had a backlog of patients in real need of medical attention.”

Tuvalu is Covid-free and news that someone arriving from Tuvalu had tested positive in Auckland sent shock waves through the island nation with a population of 6320 people.

“I don’t want to point fingers on this matter but as I understand and with the assurance from our Ministry of Health in Tuvalu – there was a press conference held on Tuvalu Television – and the Ministry of Health assured the Tuvalu community that there is no Covid in Tuvalu so it’s probably the person must have picked it up on the way or here in New Zealand.

But as I understand both our Ministries of Health are looking into that and trying to establish how he got Covid. I think we will leave that to health experts to find that out,” Panapa said.

Read More
Have you ever watched the 1pm press conference and thought you’d do it all differently? Well now is…