On the streets of Kyiv, an ambulance emblazoned with a New Zealand flag is treating and transporting the war-wounded. 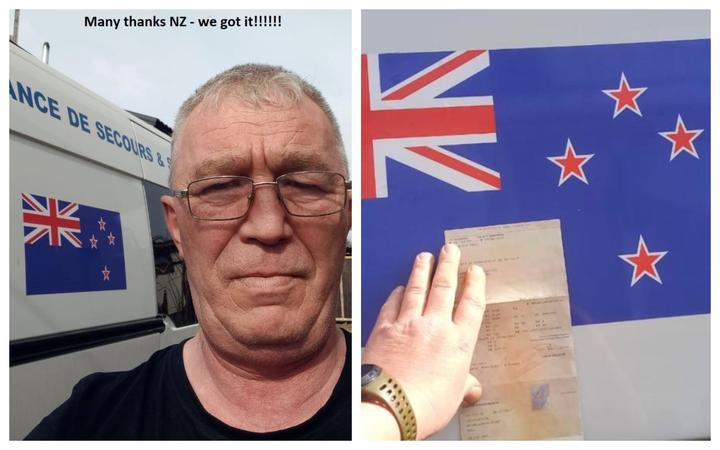 Paul Dubnytska in front of his new ambulance and part of the NZ flag that has been painted on to it. Photo: Give-a-Little

It follows a campaign by Ukraine-born New Zealander doctor Olga Dubnytska, whose brother, Paul, is an ambulance driver in the Ukrainian capital city.

His old, clapped-out ambulance was not in good condition when the Russian invasion occurred and – just when it was badly needed to help the injured – it broke down.

Olga appealed to her fellow Kiwis for help to raise the $20,000 needed to replace the vehicle, starting a fundraiser on Givealittle.

In just over a week, she had raised more than enough to get Paul back on the road.

“I’m very excited and I would like to say from the bottom of my heart and [on] behalf of my brother … a big thank you to each and every one for your generous donation,” Olga said.

“We did it. We did make a difference. We have helped my brother … to get a new functional ambulance and he’s now in [his ambulance in] Kyiv with a New Zealand flag on the side [and it will] go with him everywhere.” 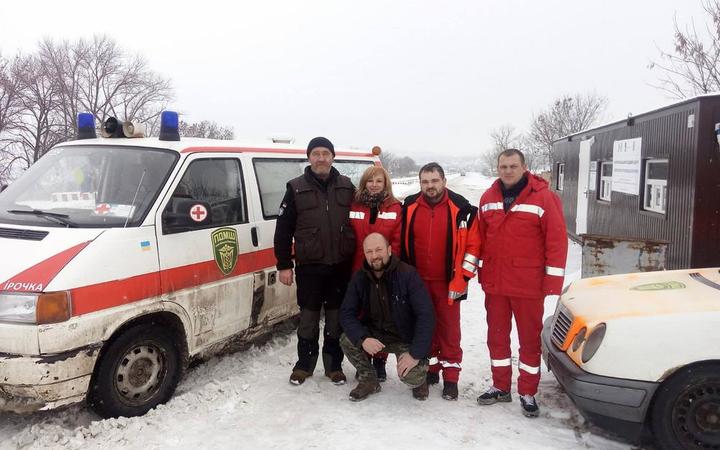 Paul Dubnytska and some colleagues before the old ambulance broke down. Photo: Give-a-Little

She said it meant the world to her brother.

“He was sitting at home ready to do something but couldn’t, because he had no wheels. And now he has this brilliant car. I mean, I saw the photos and he’s so excited – and he’s already done his first on-call.”

Speaking to First Up with his sister translating, Paul said he loved the new vehicle – a 2017 ambulance fully equipped with everything he needed, including an air conditioner – although he still has a bit of work to do getting the radio communications up-to-scratch.

He said he managed to source the New Zealand flag through an advertising company.

Paul sent a message through after speaking with First Up host Nathan Rarere: “I could not convey in the interview the emotions that fill me. I feel respect for the people of your country, you are wonderful people!

“I want to wish you a peaceful sky above your head!”

Pike River mine site being handed to Dept of Conservation

Read More
The BA.4 Omicron variant has arrived in New Zealand via a traveller from South Africa. It’s reported to…
FFEATURED

Read More
Jane Campion’s western The Power of the Dog has won best film at the BAFTA Awards, with Campion…