The man who was fatally shot at a property in the Auckland suburb of Mt Roskill on Thursday night has been named. 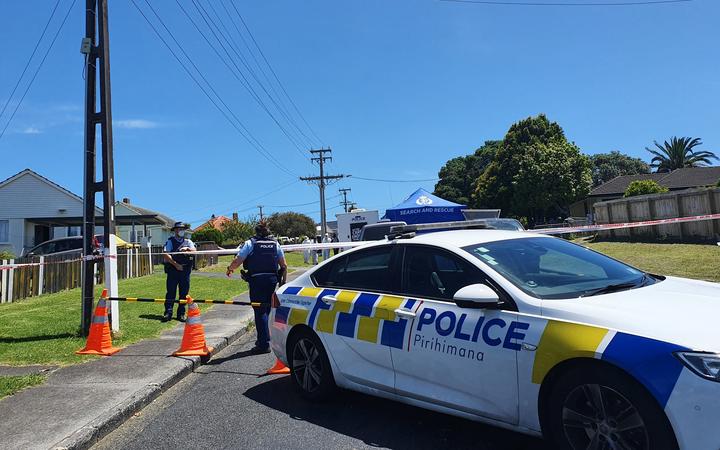 Police at the scene of the shooting in Mt Roskill on Friday. Photo: RNZ / Jean Bell

He was Brian James, aged 23, of Auckland.

Police say a post mortem has been completed and James’ body is now back with his whānau.

They launched a homicide investigation after James was shot dead at an address on Glass Rd about 9.30pm.

Two offenders, one armed with a firearm and one with a machete entered the house, occupied by four people at the time.

An altercation then took place, during which the victim was shot dead.

Two other people – a man in his 30s and a man in his 50s – received serious injuries to their arms from the machete and were taken to hospital, where they remain in a stable condition.

The fourth person was not injured.

The offenders fled the scene and are still on the run.

Police are still trying to find them as their examination of the scene and an area canvas continue.

“A key focus for us is understanding exactly why our three victims were targeted,” said Detective Inspector Scott Beard who is heading the investigation.

“The evidence to date indicates the two offenders, who are still to be identified, did not go to Glass Road on Thursday evening by chance.”

Read More
An extensive search and rescue operation is underway for a missing swimmer in North Canterbury. The Waimakariri river.…
FFEATURED