New Zealanders can look forward to a warm start to the New Year, with MetService forecasting easing southwesterlies and clear skies this weekend. 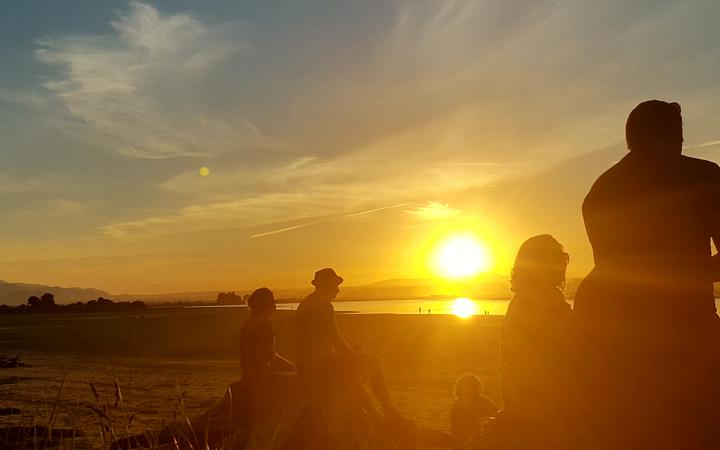 Most places will get light winds and warm temperatures as a ridge of high pressure builds over the Tasman Sea and pushes onto Aotearoa.

However, MetService Meteorologist Ashlee Parkes says some areas could see unsettled weather on New Year’s Eve, with a few weak fronts passing over the South Island.

“Those at Rhythm and Alps in Wanaka will see mainly fine weather, with a high temperature of 22C for the rest of the festival,” she said.

Drizzle is expected to linger in Canterbury this morning before clearing to a fine day. Fiordland and Westland will see rain or showers develop during the day, with a few falls spreading east into Southland and Otago until the evening. Meanwhile, a chance shower or two around the North Island will clear shortly after sunset.

“Showers will continue for the west coast of the South Island, as well as coastal Southland on Friday evening, however the rest of Aotearoa will see clear skies during their New Years eve celebrations Friday night,” Parkes said.

A high pressure system is forecast to build over the country during New Year’s Day and will remain over New Zealand with minimal risk of severe weather, meaning almost everyone will see sunny weather this weekend.

“We may see an isolated light shower along the northeastern coast of the North Island on Sunday, but apart from that it is looking like a stunner first weekend for 2022. Most will see maximum temperatures in the mid to late 20’s, with some regions pushing to 30C on Sunday”.

The weather will remain mostly settled during the first half of next week, with a few light showers for some coastal regions as a front from over the south Tasman Sea is likely to move onto the south of the South Island.

Read More
One person has died after a multiple vehicle crash on Auckland’s North Shore this afternoon, police said. Police…
FFEATURED
A sharp jump in mortgage interest rates over the past few weeks is taking its toll on mortgage…