Home Week in politics: Get set for the climate crunch
FFEATURED

Week in politics: Get set for the climate crunch

Analysis: The prime minister announces the border will reopen fully from the end of July, climate change targets are revealed and the stage is set for the release of reduction plans that are sure to be controversial. David Seymour steals the show at question time and Police Minister Poto Williams announces a pre-budget law and order boost. 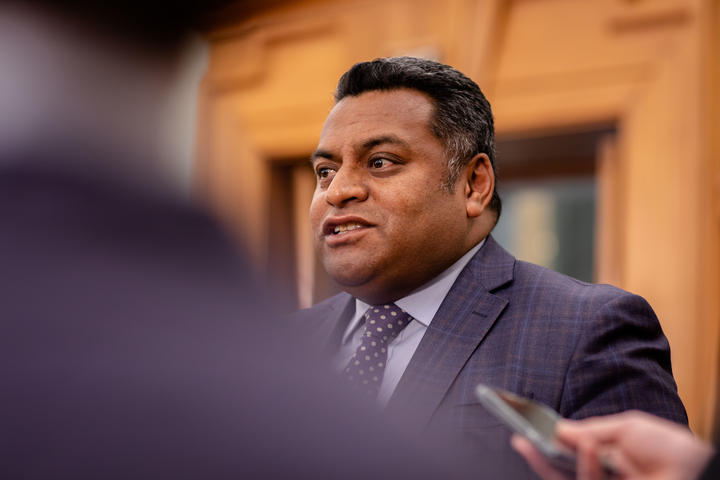 Prime Minister Jacinda Ardern’s announcement that the border will reopen fully from the end of July was the most important event during a week that set the scene for the big reveal on Monday of how the government intends cutting greenhouse gas emissions between now and 2035.

Ardern’s announcement had been clearly signalled and bringing the opening forward from the original date of October wasn’t a surprise. Anyone holding a visa can come in, cruise ships and international students will be welcomed again. The tourism industry was delighted.

At the same time Ardern announced the immigration reset the government has been working on for months. There was the expected shift away from low-skilled migrant labour and a new “green list” of 85 badly needed highly skilled roles. Those who qualify get a priority pathway for residency.

There are new work restrictions for international students which Immigration Minister Kris Faafoi said would shut the back door for low-paid migrant workers who were at risk of exploitation – something that’s been a problem for years.

The reopening was brought forward despite new Covid-19 strains appearing in New Zealand and relatively high case numbers – 9392 new cases were reported on Thursday. However, not nearly as much notice is being taken of the daily releases and briefings have become rare. 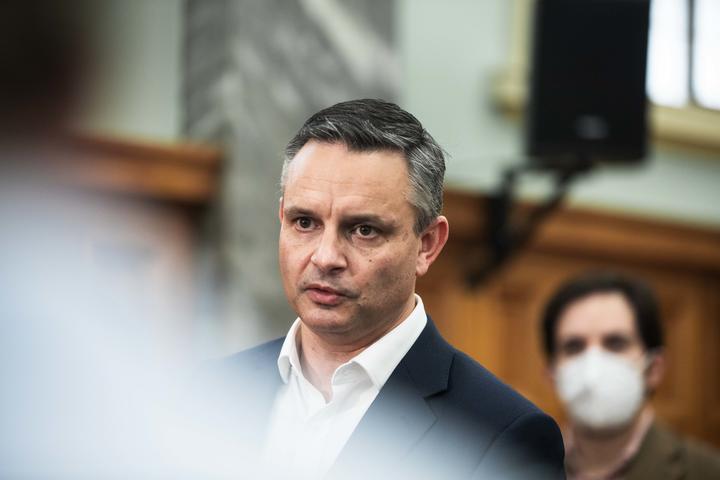 Those figures won’t mean much to most people but the reductions are significant compared with current emissions and the measures that are going to be taken to achieve them – the Emissions Reduction Plan – are going to affect everyone.

“Let me put it this way…this is a big deal,” Shaw said, and he’s going to be proved right.

RNZ’s climate reporter Hamish Cardwell said “the scale and speed of the cuts needed to hit the targets are bracing”. That might turn out to be an understatement. His excellent article sets out the background to the government’s decisions and the actions that are likely to be taken.

It’s on the website titled ‘Government’s plan to tackle climate change to be revealed‘ and it says emissions reductions in transport, energy and industry are expected to be priorities for the first period. 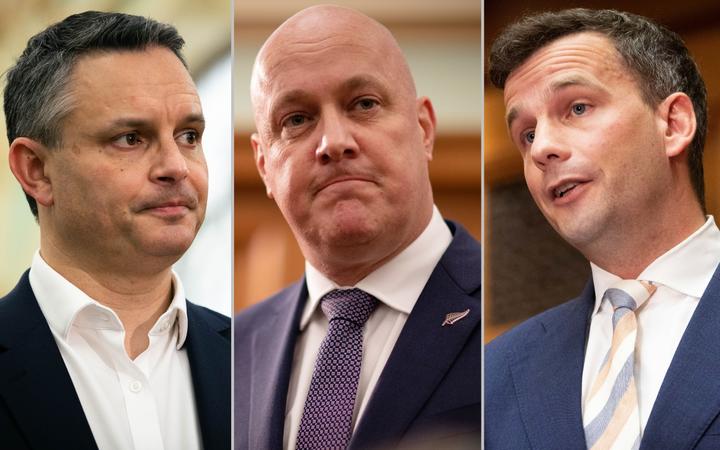 “Climate change is a huge challenge. National is fully committed to emissions targets, including net zero by 2050,” he said.

ACT announced it would effectively bin the entire climate programme.

So far, so good. Shaw has got National onside for the targets so the main parties are on the same page.

That’s as far as guaranteed cross-party support goes. The real climate crunch comes on Monday when the “how we’re going to do it” debate begins.

Deputy Prime Minister Grant Robertson said on Monday, just after the targets had been released, that National had a history of talking about how important reductions were but not doing anything about it.

He was waiting to see how Luxon would respond to the plans that would be announced on Monday and his challenge for the opposition was “back your words with action”.

Shaw insisted on a special debate on the carbon budgets, and it was held on Thursday.

National’s deputy leader Nicola Willis gave an indication of what could be expected when she said while her party was committed to the budgets, it might have a different approach on how to meet them.

“We need effective and efficient climate change policies, and so while we agree with the goal we will not always agree on the path,” she said.

National has always been more cautious than Labour when it comes to climate change action, particularly with agriculture. It almost certainly won’t agree with all the government’s plans. 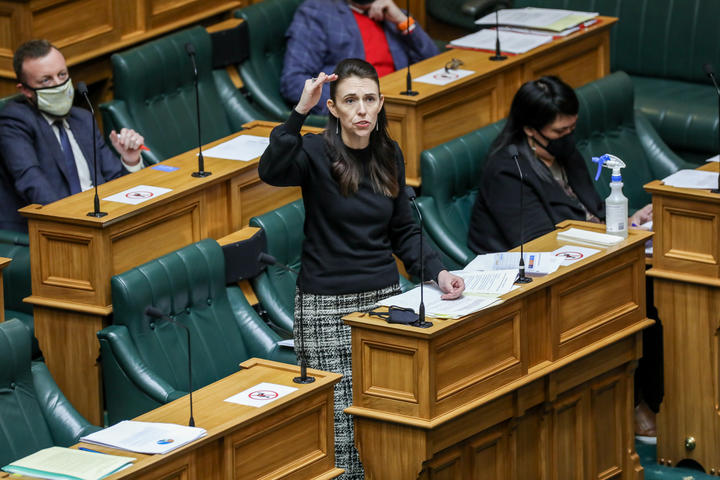 Robertson, who will present his budget on Thursday, said Seymour’s alternative was in equal parts naïve and dangerous.

“David Seymour can produce a budget like that because there’s no chance of him ever being able to actually implement it,” he said.

The finance minister said the most important thing was how National would react to it, because it was sure to need ACT as a partner to form a government if it won an election. Luxon didn’t want to talk about that, saying it was way too early to think about what might happen during negotiations.

On Tuesday in Parliament Seymour eclipsed Luxon at question time when he produced figures showing the wage gap between New Zealand and Australia had increased by $6600 since Labour came to power.

“New Zealand is being trashed in the trans-Tasman battle for ideas, talent and capital,” he said, and his questioning of Ardern was widely reported.

The prime minister responded by talking about the government’s Fair Pay Agreement legislation, which she said would raise wages, Stuff reported. “I note again for the member that fair pay agreements is something Australia have indeed adopted and implemented,” she said.

Seymour was in the news again when Willie Jackson called him “a useless Maori”. That was over Seymour’s alternative budget proposal to scrap several government departments including Te Puni Kokiri, the Ministry for Maori Development.

Jackson, who is Minister for Maori Development, said Seymour had turned his back on his whakapapa. 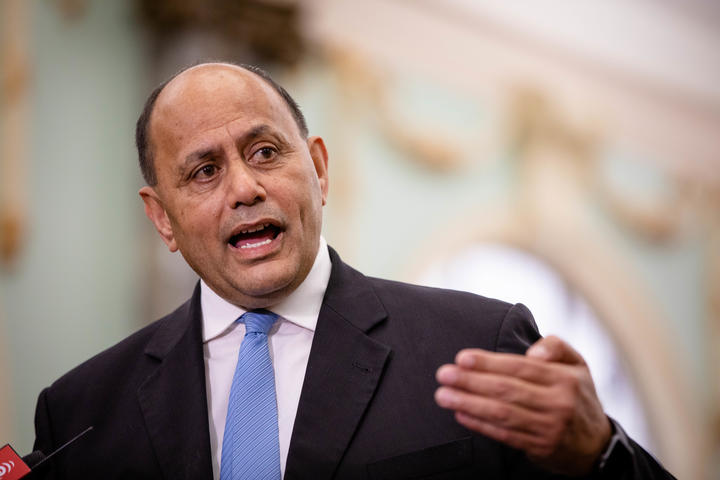 Seymour is of Maori descent on his mother’s side. “You don’t deny any people their whakapapa but that doesn’t make them some sort of great advocate for Maori,” Jackson said.

“He’d probably be the worst advocate for Maori… I’ve never seen anyone like him.”

Seymour declined to appear. Earlier he said the name-calling was a shame. “I’m proud of my Maori whakapapa… I’m not going to stoop to getting involved with someone like that,” he said.

“He’s good for a laugh but he’s also a good example of why we need more serious people in charge of our government and our country’s future.”

To top of Seymour’s week, Luxon said he would never be finance minister in a National-led government.

That was made clear during what Stuff described as “a somewhat tense” stand-up when Luxon refused to discuss ACT’s alternative budget.

“I’m sorry but I’m not interested in talking about ACT policy,” Luxon said. “We’ll have those conversations with them at the right time which is going to be next year sometime.”

Stuff pointed out that National regularly used Green Party policies to attack Labour, and earlier this month Willis had issued a press release suggesting Labour was going to take on the Greens’ wealth tax policy.

Seymour’s reaction was that Luxon was being premature, RNZ reported. “It’s a promise he can’t actually keep because he doesn’t even know what the election results are,” he said.

“He might find, actually… that David Seymour is the finance minister that people want.”

Helen Clark said pre-election that Michael Cullen would be her finance minister and John Key did the same with Bill English.

The only exception under MMP was the first coalition government when Winston Peters wanted to be finance minister. National created the role of treasurer for him, while Bill Birch was finance minister and ran the engine room. 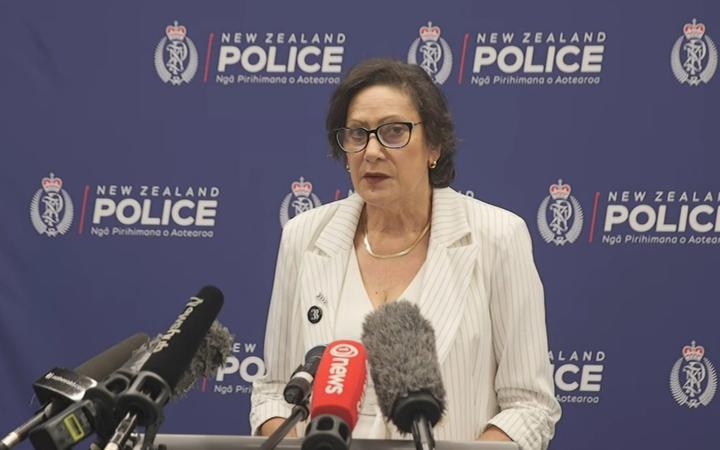 Her pre-budget statement said extra funding would ensure police numbers matched population growth and ensure there was at least one police officer for every 480 people, as the ratio currently is.

There were numerous other initiatives, all the details are in RNZ’s article ‘New law and order funding‘.

So much happened in subsequent days that by the end of the week it had dropped off the media’s radar, but there was ongoing interest in one aspect of it – the promise there would be “funding to support businesses to protect themselves from ram raiders”.

The government has been accused of being soft on crime after a run of ram raids, and the Herald’s political editor Claire Trevett said the inclusion of the “vague proposal” showed how sensitive it was about that.

“It transpired the ram raid plan did not yet have any funding attached to it, nor was there a plan yet – it was simply an intention,” Trevett said.

“Translation: news headlines of ram raids in Auckland had come up after the budget bid cycle had ended but the government needed to be seen to be doing something.”

RNZ subsequently reported decisions on funding and solutions for ram raids were expected to go to cabinet for sign-off on Monday.

Read More
“Dawn FM” debuts at No. 1 and is The Weeknd’s fourth leader in Australia. The Weeknd “Sacrifice” Courtesy…
FFEATURED

Read More
A man has died after a crash on State Highway 35 near Ōpape Beach, east of Ōpōtiki in…
FFEATURED

Read More
Easter weekend may have a soggy ending for the Far North. A heavy rain warning for Te Tai…