Home WHO approves India Covid vaccine for emergency use
CCovid-19

WHO approves India Covid vaccine for emergency use

The World Health Organisation (WHO) has granted approval for emergency use to India’s government-backed Covid-19 vaccine, Covaxin. 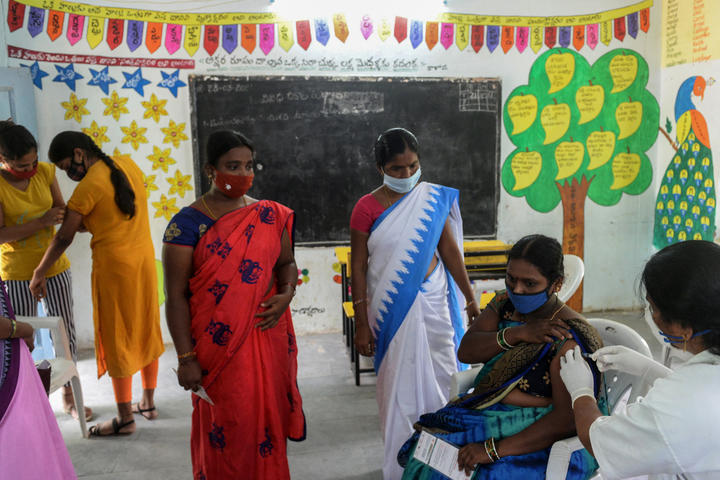 A health worker delivers a Covaxin dose at a school on the outskirts of Hyderabad in July 2021. Photo: AFP

The vaccine was approved in India in January while the third phase of clinical trials was still under way, sparking some concern and criticism.

Bharat Biotech, which makes the vaccine, has since published data suggesting 78 percent efficacy.

The WHO said in a tweet it believed the benefits far outweighed the risks.

Some experts had pointed to a fast-track approval and incomplete data, but the firm’s chairman, Dr Krishna Ella, said the vaccine was “200% safe”.

The WHO’s expert panel, which authorises emergency approvals, had asked for more data last month while examining the application Bharat Biotech had filed in July.

The approval will also be a relief to the tens of millions of Indians who have received the vaccine – India has administered more than 105 million Covaxin doses so far – and a fillip for Bharat Biotech.

Few countries have recognised Covaxin and India hopes the WHO approval will change that.

How that will play out on travel restrictions for vaccinated Indians remains unclear.

Covishield, the Indian-made version of Astrazeneca, remains the most popular in India, accounting for most of India’s 810 million innoculations.

It has been approved by the WHO, but was recognised by the UK only after a refusal to do so sparked anger in India.

India has so far fully vaccinated more than 253 million people – about a quarter of its eligible population.

Grant Robertson unenthused on set times for travel out of Auckland

Spinning the wheels to spin the vinyl

Read More
Photo: RNZ / Dom Thomas Harry Risale is sitting in his car in full PPE gear. He is…
CCovid-19

Read More
Cabinet has decided all of New Zealand will remain in level 4 for an additional four days,…
CCovid-19