Organisers of the Womad festival in March are confident it will have an international vibe despite no overseas acts appearing in the line-up. 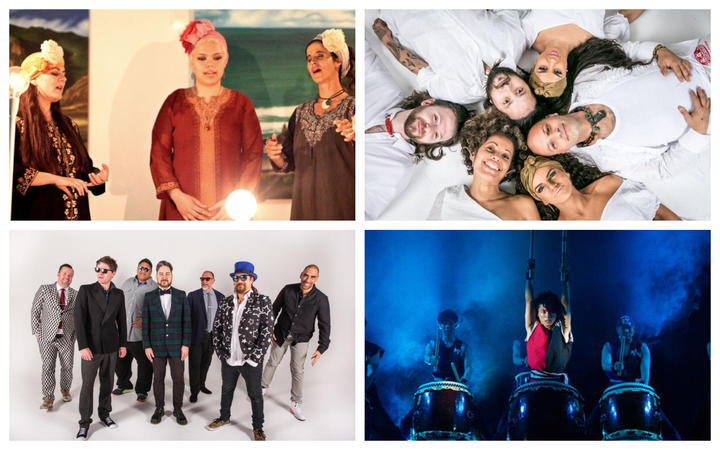 The three-day event in New Plymouth was cancelled in 2021 for the first time in 16 years due to Covid-19.

It is back on the festival calendar this year, but ticket holders will be required to show a Vaccine Pass to gain entry to the event when it kicks off in March.

“So while Womad won’t have international acts flying in for the festival, we’ve certainly curated a really strong festival line-up full of worldly flavour that is going to give people that fix that they need without having to leave the country.”

Alongside headliners such as Fat Freddy’s Drop and entertainment industry legends the Topp Twins, the festival will feature artists from diverse backgrounds such as the Ipu Kodam Japanese Drum Team, the LatinAotearoa dance band and Balkan vocal group Acappolinations among others.

Johnson said Womad was excited about bringing the festival back to Taranaki.

“What we’re hoping is people get back on board gain some confidence and prepare to actually celebrate what Woman is all about and that’s about brining communities together. It’s about multiculturalism. It’s about celebrating cultures in music from all over the world.”

The shadow of Covid-19 still hung over the festival and about 500 early-bird ticket holders had their tickets refunded because they refused to show a Vaccine Pass, Johnson said.

“It’s been incredibly tough with the vaccine mandate being rolled out and we certainly feel for a lot of our festivalgoers who unfortunately will not be able to be be at Womad for the first time in many years because they have chosen not to be vaccinated.”

Johnson warned festivalgoers there would be more security and staff at Womad 2022.

“We will have a higher number of people at the gates at the festival next year and at pre-wristbanding because we physically need to sight people’s Vaccine Passports before they can have their wristband on them.”

People attending the festival were asked to get entry wristbands early and preferably off-site at wristbanding stations in downtown New Plymouth.

Meanwhile, Womad site and logistics manager Michaela Blackman has been busy working out the nuts and bolts of putting on the festival from from the amount of electrical cabling required (6 kilometres) to the number of trucks needed to bring equipment onsite (67).

“When you go to a festival, you don’t really consider how much goes into it, and how much there is to bring in,” Blackman said.

“You’ve got to schedule it all to the minute, so it all arrives in the right order. It’s like a big game of Tetris.” 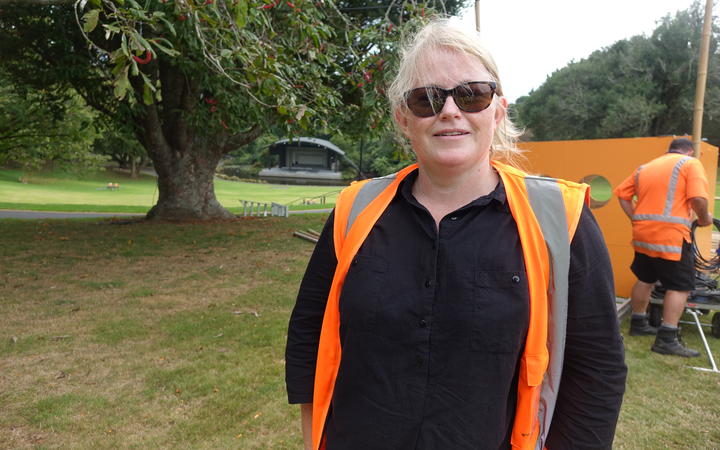 The pack-in started from the perimeter, with fencing, portacoms and staging, and worked in towards the centre. Gear came from local storage units, or as far afield as Auckland.

“You have to get the gear on trucks from wherever they’re coming from, get them on the road to arrive at the park at exactly the right time, and unloading one truck can take up to an hour.

“Because we use Move as our only trucking company, I’m always on the phone to Kerry, our handler, and I’m saying ‘Don’t bring that’, or ‘We need this now’. We can’t have trucks waiting around for others, so once they leave the depot they have to come straight here and arrive on time.”

Blackman said there was always the occasional curveball and you could guarantee it would bucket down with rain on either 8 or 9 March – during pack-in – and it would become a chaos of trucks, cranes. people and equipment with a handful of captivated observers looking on.

Despite that, she insisted “it’s the best job in the world”.

Womad by the numbers:

– 7 containers of decorations and furnishings

Making legal plans after dementia diagnosis 'empowering thing to do'

Read More
Daisy Jeffrey was 17 years old when climate change started to affect her everyday life. Living in the…
FFEATURED

Read More
A man on remand at Mt Eden prison has tested positive for Covid-19, it was revealed today. Mt…