A Christchurch woman has been left reeling after thieves broke into her car and then used ATMs to steal thousands of dollars from her savings. 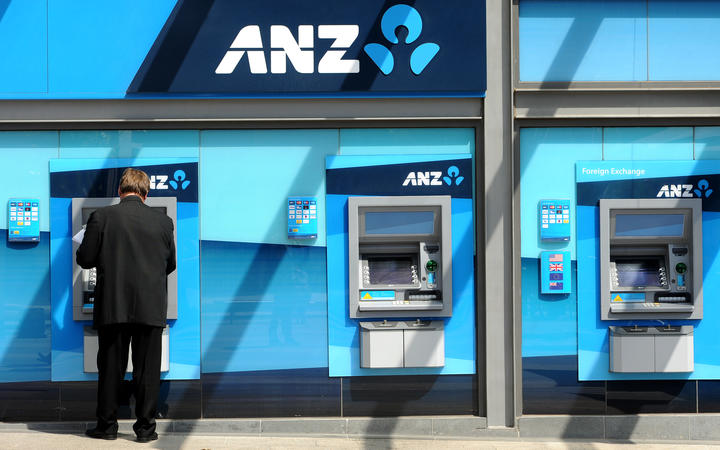 The thieves used several ATM machines to steal a victim’s funds, after transferring them into her main account. Photo: AFP

Waveney Teale-Russ was on a walk on Saturday afternoon, when her car window was smashed in a Lyttelton car park.

Her phone and wallet were hidden in the boot and were stolen along with many other items.

Despair worsened an hour later, when she rang the bank and discovered the thieves had also ransacked her account.

“I thought I would only have to cancel my card and then my luck would return but they informed me that my internet banking passcode had been changed 15 minutes prior to this call and thousands of dollars from your savings account have been transferred into your main account,” she explained.

“They then proceeded to tell me that several thousands of dollars had been withdrawn from ATM machines.”

Teale-Russ said she is shocked the thieves transferred large amounts of money, changed her online banking password and the pin number of her debit card, without raising alarm.

“There seemed to be no red flags in the ANZ department. I didn’t receive an email notification, and if I received a call or text it wouldn’t have mattered because my phone was stolen.

“You’d think any sudden withdrawal of $1000 cash from an ATM would spark some kind of concern from the bank,” Teale-Russ said.

ANZ said it cannot discuss security measures for privacy reasons, but in a statement confirmed it has a fraud monitoring system in place.

If fraud is suspected, it will make a call on whether or not the account should be blocked, while trying to reach the customer.

But Teale-Russ said it was her call which alerted the bank to the issue.

She said there has been no sense of urgency from ANZ and while she felt listened to, she no longer feels safe banking with them.

“They print your customer number, which is a vital piece of information to log into your internet banking, on the back of the debit card.”

When ordering a new card Teale-Russ asked if it would be possible to get a card without the number on it.

“They said ‘no sorry, that’s just the way it is’. Definitely ANZ needs to think about introducing something new.”

However, ANZ said it encourages customers to familiarise themselves with the security and message settings on devices to add an extra layer of protection when using text notification services.

Banking ombudsman Nicola Sladden said actions like those detailed in Teale-Russ’s case, should sound the alarm to most banks.

“Banks’ fraud detection systems should be robust and should be focused on identifying and preventing unauthorised transactions.”

“We would expect banks to have pretty rigorous procedures and if an unauthorised transaction happens, we would expect the bank to promptly put the matter right for the customer.”

While banks have an obligation to protect accounts, people should look out for their security too, Sladden said.

Teale-Russ has now been reimbursed while the police continue to investigate the theft.

Christchurch police said car thefts in the city have increased in recent weeks and they are monitoring areas where break-ins have been reported.

Prevention is key and people should always lock their car, even in their own driveway, said Senior Sergeant Roy Appley.

“Avoid leaving valuables in your car and if you have to leave them there, make sure they are out of sight.”

Read More
Some residents of the area around Parliament are worried about leaving their houses while protesters are on the…
FFEATURED
Police officers wearing protective masks talk to motorists at a checkpoint in the Bombay area of Auckland, New…
FFEATURED

Read More
Fewer than 400 out of a 1000 trucks have registered to get their dodgy handbrakes fixed. Photo: Supplied…