After five years in the planning, work has started on an $80m performing arts theatre in central Hamilton. 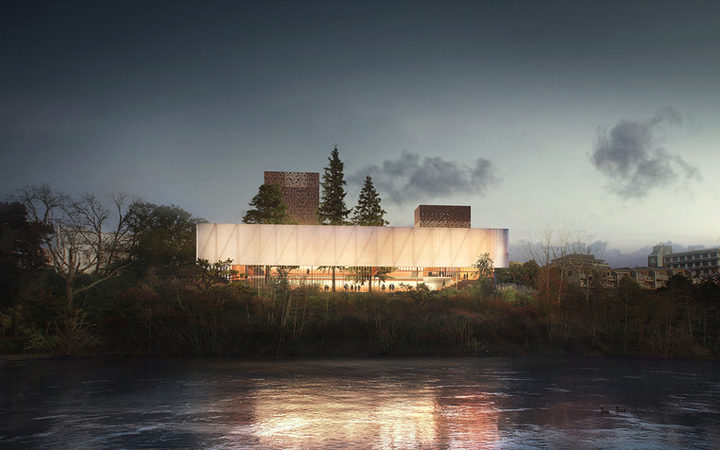 The new theatre on Victoria Street South will replace the 50-year-old Founders Theatre, which was closed in 2016 due to safety concerns.

The theatre will be one of the largest new amenity projects the city has seen for a very long time.

The project was first mooted by the Momentum Waikato Community Foundation, but is now in the hands of the Waikato Regional Property Trust, which will own and run the new theatre.

The site includes the old Hamilton Hotel and Embassy Park, where until recently the iconic, Riff Raff statue stood. It will be returned and will take centre-stage at the main entrance to the theatre.

The facade of the hotel will be included in the new build.

The theatre auditorium will seat 1300 people.

Chair of the Waikato Regional Property Trust, Ross Hargood, said the theatre will be able to host everything from ballet and orchestras, to kapa haka and rock gigs, plays and musicals, and dance and stand-up comedy.

”Everything will be top of the range for sound and view of the stage. We will be able to have community groups using it, as well as entertainers right across the spectrum really. It will exciting that they get to operate in a world-class theatre.”

”It will provide some high-class entertainment.”

Hargood said the arts community has been really supportive of the project.

”They have been wanting this for a long-time and so therefore they see it as something new and exciting.”

He said a whole range of groups and people were consulted before the final design.

”Around what we needed in the theatre and getting the right number of seats and the right distance from the stage and the right stage size. So they think it is just fabulous.”

Mark Servian from the Momentum Foundation said the theatre be the centre of an arts hub in the city.

”This theatre needs to be a spring-board for local talent to produce export quality performance work for the rest of the world. Yes, there is the straight community functions , dance schools and that sort of stuff, but we are also hoping the combination of having three different size theatres really close to each other with the Museum and this becomes a creative precinct.”

Jeremy Mayall heads Creative Waikato and is understandably super-excited about the new theatre. 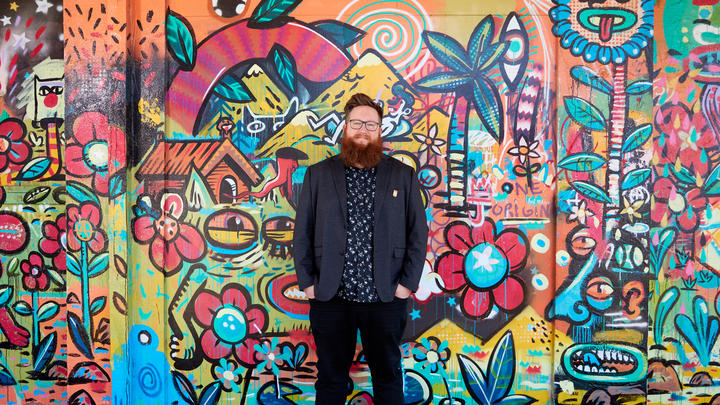 ”Size and scale and calibre what that’s going to be for the community is really exciting,” he said.

“There has been a gap that has obviously been left since Founders closed and the vision that is behind the theatre for kind of activating community and having it being a place where all kids can kind of be a part of and can find their connection into performing arts, but also how it is going to contribute to the performing arts eco-system of Waikato is really important.”

He said it will also support the training within the technical side of the arts, such as lighting, sound and vision.

Mayall said the wait for a new theatre will be worth it.

”The trust are committed to doing it properly and so rather than compromising and cutting corners it is better to try and set the bar right in the beginning and make it a really flourishing space because if we have to cut corners or pull things here and there just to kind of get it over the line, it is hard to come back from that.

“If they are going in with the intention to get it right and have it function and really operate the first time, then that is really exciting for the community.”

Hamilton mayor Paula Southgate said the theatre would be a game-changer for the city.

”I think when people see the considerable benefits of being river-side. Having a beautiful concourse at the back where you can go and wander through in your lunch-time, look at the river and really enjoy it , no matter what the weather.

“I think people will soon realise its been the best thing that has happened to the CBD in a long-time.”

”We can all lament and wring our hands about what happened to the Founders Theatre but there is no point. It happened. We were left with a theatre that was no longer fit for purpose.

“I understand how people feel nostalgic about it, I do myself, I’ve been to many, many things there. It’s got history, but we have to look forward and say, well, that’s no longer the right place for the theatre. We had an offer that was too good to ignore.”

With $7m of the expected $80m budget still yet to be raised, plans are afoot to fund-raise for the remaining amount.

The theatre is expected to open in the first-quarter of 2024.

Read More
Traders work on the floor of the New York Stock Exchange (NYSE) on October 25, 2021 in New…
FFEATURED
Jun 27, 2021 Sam BruceESPN Associate Editor Close Sam was brought up on long drives and the dusty…
FFEATURED